7 Reasons Our Coffee Habit Is Costing More These Days

Monday, September 29, is National Coffee Day, when restaurant and coffee chains around the country are giving out free (or extremely cheap) cups of Joe to the masses. The day is quite the exception, however, given how as a nation we are spending more and more on coffee.

Here are 7 reasons why:

More of us drink coffee regularly. U.S. coffee consumption rose 5% in 2013, according to a National Coffee Association survey, meaning that today 83% of the adult population drinks coffee; 75% have coffee at least once a week.

And we’re drinking higher-priced coffee at that. Data from 2014 shows that 34% of Americans drink gourmet coffee daily, an increase of 3% over last year. Young people in particular are willing to pay higher prices for coffee: In a new PayPal poll, 18% of people age 18 to 34 said they are willing to pay more than $3 per cup, compared with just 8% of those age 50 to 64.

We eat breakfast outside the home more often. Our fast-moving, on-the-go culture has been blamed as a reason for declining sales of cereal and milk, as more Americans are skipping the traditional breakfast at home and opting for foods that can be eaten on the run, like Pop Tarts and fast food via the drive-thru. In fact, breakfast has become enormously important to quick-serve restaurants because it’s the one mealtime experiencing strong growth lately. Coffee purchased at a restaurant or on the go at a convenience store or café is always more expensive than coffee brewed and drunk at home.

One word: Keurig. “In 2002, the average price of a coffee maker was about $35,” a recent post at the Northwestern Kellogg School of Management blog stated. “By 2013, that number had risen to around $90.” Truth be told, it’s still easy to find a coffee maker for $35 or even less, it’s just that the type of machine—the traditional kind that brews ground coffee by the pot—is no longer typical. It’s been replaced by the pricier single-cup brewer that came into the mainstream over the last decade thanks to the Keurig company. For many consumers, the speed and convenience of such machines outweighs the premium one must pay beyond the plain old-fashioned coffee maker. Some 1.7 million single-cup Keurig brewers were sold in the second quarter of 2014, an increase of 200,000 over the same period a year before.

Plus, K-Cups themselves are pricier. It’s not just the single-cup machines that cost more—the cups themselves do too. The price per single-serve K-Cup pod varies widely depending on the style of roast, whether you’re buying a small pack or stocking up in bulk, and how strategically you shop for deals. But no matter how good you are at snagging deals, you’ll almost always pay more for coffee pods than you will for old-fashioned ground or whole bean coffee. One price-comparison study conducted a couple of years ago indicated that K-Cup coffee cost more than $50 per pound, roughly four times the cost of a bag of Starbucks or Dunkin’ Donuts beans. What’s more, K-Cups are subject to a 9% across-the-board price hike in early November. (Side note: Mother Jones and others have pointed out that single-use K-Cups cost more and are worse for the environment than recyclable pod filters, though Keurig Green Mountain has plans to make all K-Cup pods fully recyclable by 2020.)

All coffee is simply getting more expensive. A long-lasting drought in Brazil (the world’s biggest producer of coffee beans) has pushed global coffee prices to near-record highs, and the market may be affected for years to come. Already this year, java junkies have faced price hikes from coffee brands such as Starbucks, Folgers, Maxwell House, and Dunkin’ Donuts. Interestingly, even as coffee has gotten more expensive and economic growth hasn’t exactly been sizzling in recent years, Starbucks sales have outpaced lower-priced competitors Dunkin’ Donuts and McDonald’s. What does that show us? For the most part, coffee lovers are passionate about their caffeinated beverages and aren’t going to trade down to what they view as an inferior cup of Joe, even if doing so would save a couple of bucks here and there. 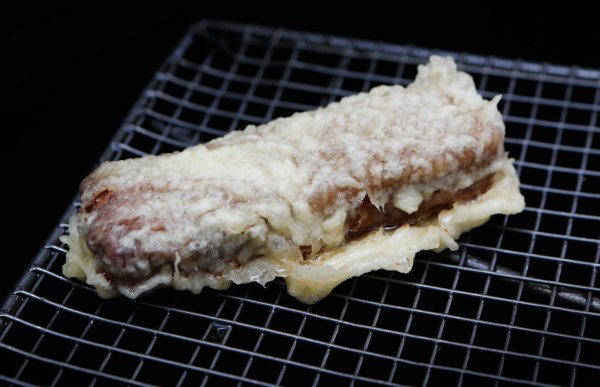