Sorry, Emma Watson, but HeForShe Is Rotten for Men

"I decided I was a feminist and this seemed uncomplicated to me," said Emma Watson at a UN Women speech in September. "Men-- I would like to take this opportunity to extend your formal invitation. Gender Equality is your issue, too."
Anthony Harvey—Getty Images
Ideas
By Cathy Young
Cathy Young is a contributing editor at Reason magazine.

“Gender equality is your issue too.” That was the message to men from Emma Watson, Harry Potter star and now United Nations Women Goodwill Ambassador, in her widely hailed U.N. speech earlier this week announcing a new feminist campaign with a “formal invitation” to male allies to join. Noting that men suffer from sexism in their own ways, Watson asked, “How can we affect change in the world when only half of it is invited or feel welcome to participate in the conversation?” Truer words were never spoken. Too bad they are belied by the campaign itself, which is called “HeForShe” and asks men to pledge to “take action against all forms of violence and discrimination faced by women and girls” but says nothing about problems affecting men and boys.

Watson clearly believes that feminism — which, she stressed, is about equality and not bashing men — will also solve men’s problems. But, unfortunately, feminism in its present form has too often ignored sexist biases against males, and sometimes has actively contributed to them. Until that changes, the movement for gender equality will be incomplete.

Take one of the men’s issues Watson mentioned in her speech: seeing her divorced father’s role as a parent “valued less by society” than her mother’s. It is true that in the 1970s and 1980s, feminist challenges to discriminatory, sex-specific laws helped end formal preferences for mothers in child custody matters. But as fathers began to fight against more covert anti-male biases in the court system, most feminists sided with mothers.

There are plenty of other examples. The women’s movement has fought, rightly, for more societal attention to domestic abuse and sexual violence. But male victims of these crimes still tend to get short shrift, from the media and activists alike. Despite several recent high-profile recent sexual assault cases in which the victims were teenage girls, disturbing cases in which boys were victimized — by other boys or by girls — have received far less publicity and sparked little outrage. Experiments have shown that while people are quick to intervene when a man in a staged public quarrel becomes physically abusive to his girlfriend, reactions to a similar situation with the genders reversed mostly range from indifference to amusement or even sympathy for the woman. To a large extent, as feminists sometimes point out, these attitudes stem from traditional gender norms which treat victimhood, especially at a woman’s hands, as unmanly. But today’s mainstream feminism, which regards sexual assault and domestic violence as byproducts of male power over women, tends to reinforce rather than challenge such double standards.

Just in the past few days, many feminist commentators have taken great umbrage at suggestions that soccer star Hope Solo, currently facing charges for assaulting her sister and teenage nephew, deserves similar censure to football player Ray Rice, who was caught on video striking his fiancée. Their argument boils down to the assertion that violence by men toward their female partners should be singled out because it’s a bigger problem than female violence toward family members. Meanwhile, in Watson’s native England, activists from women’s organizations recently blamed the shortage of services for abused women on efforts to accommodate abused men (despite the fact that, as Guardian columnist and blogger Ally Fogg demonstrated, even the lowest estimates of the prevalence of domestic violence against men suggest that male victims are far less likely than women to get help).

Watson deserves credit for wanting to end the idea that “fighting for women’s rights [is] synonymous with man-hating.” But she cannot do that if she treats such notions only as unfair stereotypes. How about addressing this message to feminists who complain about being “asked to modify our language so we don’t hurt men’s feelings” when talking about misogyny — for instance, not to generalize about all men as oppressors? Or to those who argue that “Kill all men” mugs and “I bathe in male tears” T-shirts are a great way to celebrate women’s empowerment and separate the “cool dudes” who get the joke from the “dumb bros”? Or to those who accuse a feminist woman of “victim-blaming” for defending her son against a sexual assault accusation — even one of which he is eventually cleared?

Men must, indeed, “feel welcome to participate in the conversation” about gender issues. But very few will do so if that “conversation” amounts to being told to “shut up and listen” while women talk about the horrible things men do to women, and being labeled a misogynist for daring to point out that bad things happen to men too and that women are not always innocent victims in gender conflicts. A real conversation must let men talk not only about feminist-approved topics such as gender stereotypes that keep them from expressing their feelings, but about more controversial concerns: wrongful accusations of rape; sexual harassment policies that selectively penalize men for innocuous banter; lack of options to avoid unwanted parenthood once conception has occurred. Such a conversation would also acknowledge that pressures on men to be successful come not only from “the patriarchy” but, often, from women as well. And it would include an honest discussion of parenthood, including many women’s reluctance to give up or share the primary caregiver role.

It goes without saying that these are “First World problems.” In far too many countries around the world, women still lack basic rights and patriarchy remains very real (though it is worth noting that even in those places, men and boys often have to deal with gender-specific hardships, from forced recruitment into war to mass violence that singles out males). But in the industrial democracies of North America and Europe, the revolution in women’s rights over the past century has been a stunning success — and, while there is still work to be done, it must include the other side of that revolution. Not “he for she,” but “She and he for us.”

Cathy Young is a contributing editor at Reason magazine. 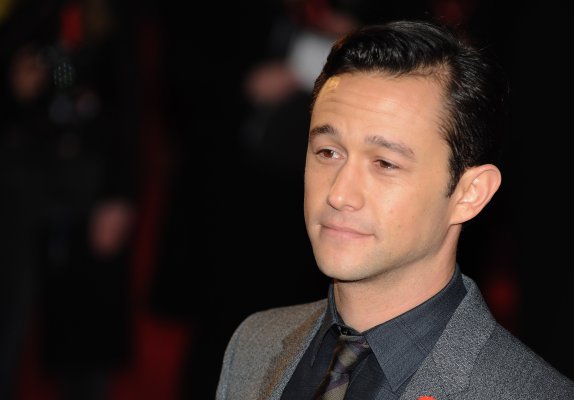 Joseph Gordon-Levitt Thoughtfully Explains Why He's a Feminist
Next Up: Editor's Pick