The Cathedral Road pedestrian bridge lies collapsed on the south M-39 highway after a truck hit it on Sept. 26, 2014, in Detroit.
Robert Allen—AP
By Denver Nicks

A pedestrian bridge spanning a major freeway in Detroit collapsed Friday morning after it was struck by the bucket of a truck, killing the driver and causing a substantial traffic buildup.

The collapsed bridge on Joy Road spanning the Southfield freeway blocked traffic in both directions. No further injuries have been reported stemming from the incident.

Detroit Lions Quarterback Matthew Stafford was among the last drivers to pass under the bridge before it crashed to the ground. He was seen mingling with other onlookers amid the wreckage. 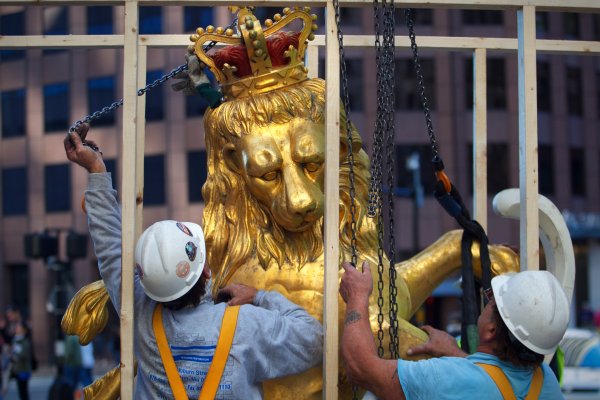