Tired of Facebook with its intrusive research and targeted advertising?

Say hello (“h” optional) to Ello, a new social network described by its creators as “simple, beautiful and ad-free” and that is starting to take the Internet by storm.

“We originally built Ello as a private social network,” says the site’s About page. “Over time, so many people wanted to use Ello that we built a public version of Ello for everyone to use.”

The website has a black-and-white color scheme and a clean, scroll-down structure that allows the users to post pictures, status updates and comment on each other’s posts.

The site’s manifesto denounces the practice other social-media companies employ of tracking and recording a user’s every move and converting it into data to sell to advertisers. “We believe that the people who make things and the people who use them should be in partnership,” the creators of the site who describe themselves as a “small group of artists and designers” say, before ending with, “You are not a product.”

What is adding to the intrigue of the social network is that one can only join with an invite.

Mashable reports that the site is receiving between 4,000 to 30,000 requests an hour, and that a few existing users have already begun selling invites on eBay for anywhere from $5 to $150.

The sites upcoming features include iOS and Android apps, video integration and an Emoji index. 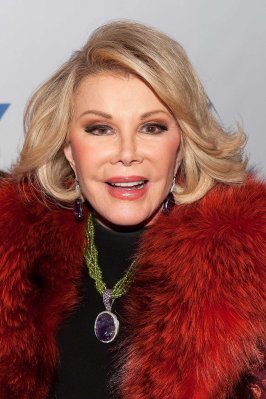 Joan Rivers Hypes iPhone 6 From Beyond the Grave
Next Up: Editor's Pick