What has happened to Kim Jong Un?

That’s the question everyone seems to be asking, amid all kinds of rumors following the North Korean dictator’s uncharacteristic three-week absence from the public eye. Kim was last seen alongside his wife Ri Sol Ju at a concert in Pyongyang on Sept. 3, and several news outlets are speculating that the 31-year-old may be ill.

The rumors intensified on Thursday with the North Korean leader’s absence from an important parliament meeting. Reuters reported that state-television broadcast images of his empty chair at the Supreme People’s Assembly, the country’s highest sovereign body, the first such powwow he has missed since coming to power three years ago.

The Wall Street Journal speculated on Friday that Kim might be suffering from gout, a disease caused primarily by an excessive intake of meat, sugar and alcohol. A South Korean official told the Journal that gout runs in the tyrannical clan, starting with Kim’s grandfather Kim Il Sung, who died in 1994 at age 82. Kim also suffers from obesity, high blood pressure and diabetes, he added.

Such rumors have been fueled by reports that North Korean television showed the country’s Supreme Leader walking with a pronounced limp back in July.

Another theory about his condition, according to Agence France-Presse, is that he picked up an injury while providing “guidance” to North Korean athletes competing in the Asian Games, currently in progress at Incheon, South Korea. 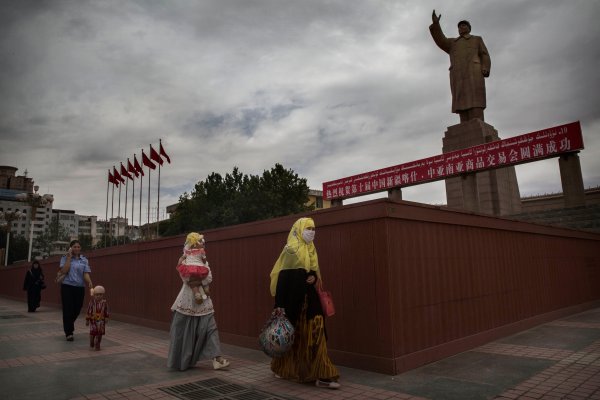