FBI Director James Comey said Thursday he believes the bureau knows the identity of the masked executioner in ISIS propaganda videos. He declined to say who it is or where the man is from. In a question-and-answer session with reporters at bureau headquarters, he also said the FBI is working hard to identify two people in ISIS videos who appear to have American or Canadian accents.

“We have a big focus going on that right now,” Comey said. He said the FBI believes that ISIS is “looking to try to do something in the U.S.,” though he said he did not believe the group is capable of a sophisticated or complex attack… 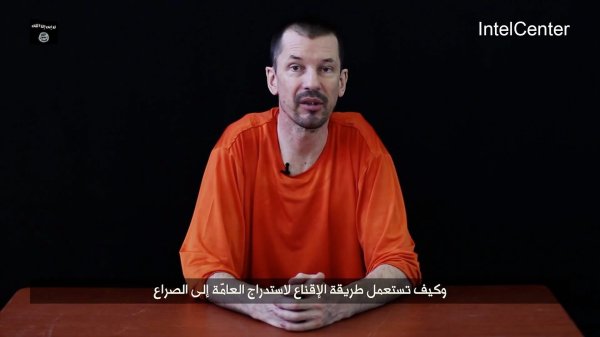 How ISIS Spins War
Next Up: Editor's Pick