Twitter CEO Dick Costolo speaks during the Brand Matters keynote address at the 2014 International CES at The Las Vegas Hotel and Casino on Jan. 8, 2014 in Las Vegas.
Ethan Miller—Getty Images
By Sam Frizell

Dick Costolo, the CEO of Twitter, has a bone to pick with Iran: you can’t use Twitter there.

And on Thursday, Costolo tweeted at Iranian President Hassan Rouhani—currently in New York City for the United Nations General Assembly—with a Twitter burn for the ages:

With access to Twitter and Facebook officially banned in the Islamic Republic, Iranians have to find other ways to bypass the state’s Internet filtering system. That’s if they’re not the country’s president, who is a prolific tweeter and apparently has unfettered access to the social network. But Costolo’s tweet isn’t just a muted form of digital social activism; it’s a pragmatic defense of his company’s business interests in Iran.

Rouhani doesn’t appear to have responded yet to Costolo’s tweet, which may be because it’s just too hard to come back from a tweet like that. 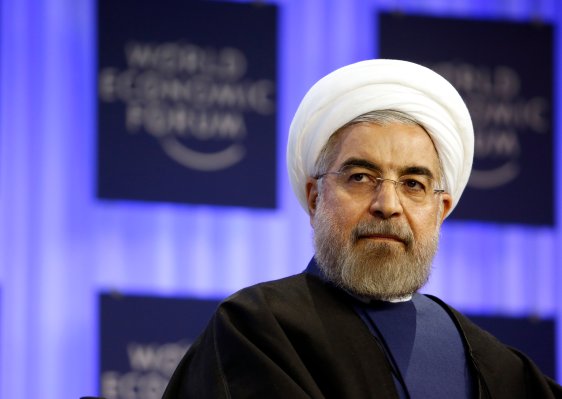