Militants from the Islamic State of Iraq and Greater Syria (ISIS) plan to attack the subway systems in New York and Paris, Iraq’s prime minister said Thursday, but U.S. security officials said they had no evidence to back up the claim.

Haider al-Abadi told reporters at the United Nations General Assembly that information obtained from militants captured in Iraq yielded “credible” intelligence that the Islamist group is plotting attacks in New York and Paris, Reuters reports. “They plan to have attacks in the metros of Paris and the U.S.,” Abadi said. “I asked for more credible information. I asked for names. I asked for details, for cities, you know, dates. And from the details I have received, yes, it looks credible.”

Two senior U.S. security officials said they had no information to support the threat, and one unnamed U.S. official added there is no recent information about an imminent plan for ISIS to attack the United States. The New York Police Department said it was in contact with the FBI after al-Abadi’s statement. “We are aware of the Iraqi Prime Minister’s statements and we are in close contact with the FBI and other federal partners as we assess this particular threat stream.”

The United States and France have launched intensive airstrikes against the Islamic State in Iraq and Syria to weaken and destroy the Sunni extremist group. 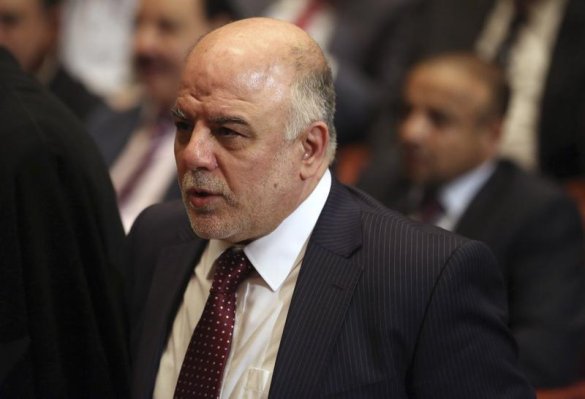 Iraqi PM 'Happy' With Coalition
Next Up: Editor's Pick