On Sept. 9, NFL Commissioner Roger Goodell hired former FBI Director Robert Mueller to run an independent investigation into the league’s handling of the Ray Rice affair. But independent is hardly the way to describe the probe, given the deep connections that exist between the NFL, Mueller’s law firm — WilmerHale — and Rice’s former team, the Baltimore Ravens. How deep do those bonds go? The president of the Ravens was a partner at the firm that became WilmerHale for 31 years.

On WilmerHale’s website the firm boasts that “our expansive alumni network includes many former WilmerHale attorneys who have moved on to highly respectable positions after leaving the firm — for example … in-house counsel for National Football League teams.” An article in The American Lawyer from February 2006 paints the law firm as a production line for sports executives, particularly in the NFL. The article is available on WilmerHale’s website.

Former WilmerHale lawyers who hold senior positions within the NFL front office or with NFL teams include the league’s finance counsel, Jay Bauman, and both the Browns president, Alec Scheiner, and executive vice president, Sashi Brown. Partner David Donovan also served as general counsel for the Washington Redskins from 2005 to ‘09, before returning to WilmerHale in ‘11.

Another former WilmerHale lawyer is Ravens president Richard Cass. He was a partner at Wilmer, Cutler & Pickering — which merged with Hale and Dorr to form WilmerHale in 2004 — from 1972 to 2003, and both Bauman and Scheiner worked under Cass at the law firm. Cass represented oil tycoon Jerry Jones in his purchase of the Dallas Cowboys in 1989, and he worked as an advisor for the NFL in the ‘93 collective bargaining agreement with the NFL Players Association.

In 2004, Stephen Bisciotti reached out to Cass’ firm for assistance with his $600 million acquisition of the Ravens. Cass was then the head of WilmerHale’s corporate practice, and Scheiner was the lead advisor of the buyout. As the new owner of the Ravens, Bisciotti made Cass his first hire.

Cass’ influence within the NFL runs deep enough that he was even touted as a candidate — albeit a darkhorse — to replace Paul Tagliabue when he stepped down as NFL commissioner in 2006. In a statement at the time, however, Cass wrote, “Certainly, no one has approached me, and I have the job I’ve always wanted. This is where I’ll stay.”

Mueller rejoined WilmerHale in March — he was a partner at Hale and Dorr from 1993 to ‘95 — after running the FBI for 12 years. The appearance of conflict here is unavoidable. The NFL also appointed Giants co-owner John Mara and Steelers owner Art Rooney to oversee Mueller’s investigation. Mara has already publicly dispelled any notion that Goodell’s job is in danger, raising further doubts about impartiality. In an interview with NBC’s Michele Tafoya on Sunday, Rooney also put his support behind the commissioner. “One mistake doesn’t ruin a great career,” Rooney said. “[Goodell’s] had a great career.”

In his Aug. 28 letter to the NFL owners explaining his handling of the Rice episode Goodell wrote: “I didn’t get it right. Simply put, we have to do better. And we will.” By believing Mueller and two of his biggest supporters can conduct an independent investigation of the NFL, the commissioner may have gotten it wrong all over again. 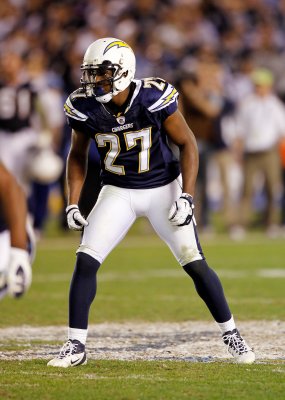 Football Player's Family Sues NFL Over His Suicide
Next Up: Editor's Pick