Taylor Swift Proves She Totally Gets 'No It's Becky' Tumblr Meme

When Taylor Swift isn’t shaking off her haters, she spends a lot of time on Tumblr. And the singer, whose new album 1989 drops next month, wants you to know that she is totally in on the joke when it comes to a certain Internet meme about her.

A post featuring a high-school photo of Swift paired with a caption claiming a girl named Becky died from marijuana use made the rounds on the blogging site after one user replied, “pretty sure that’s Taylor Swift.” One poster’s reply — “no its becky” — become a bigger joke than the caption itself, and now Swift has a T-shirt featuring with those very words.

Swift was spotted wearing the shirt Wednesday night, and on Thursday, the pop star showed it off in her own Tumblr post, where she joked about “rethinking the album cover” of 1989. Save it for the deluxe re-release, Taylor. 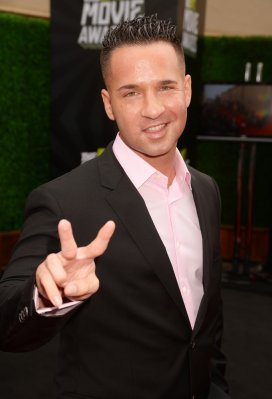