This isn’t going to make me any friends but here goes: My experience of pot is that it makes people very self-centered. And the last thing this world needs is more self-centered people walking around. I’m sick of the onslaught of articles and infographics justifying legalizing a substance that will harm the people who smoke it and annoy the hell out of non-smokers in their vicinity.

My first run-ins with pot were in high school. Alex, one of my best friends, would get stoned at parties and then take off in his car. (Alex’s name has been changed.) My other friends and I would go after him, driving around town all high school afterschool-special-style, like, “Oh my God, we have to find Alex! He’s going to hurt himself! What if something happens?!?” Drama aside, we were legitimately really worried, and always more relieved than we were angry at him when we finally tracked him down.

In college, my freshman year roommate smoked pot. She and her stoner friend from down the hall would get high and come back to our dorm room late at night when I was already sleeping. Then they’d jump on my bed, cackling with laughter. Seriously annoying.

The summer after my sophomore year, I lived in Cape Cod with five other girls. Two of them were allegedly lifeguards, although they never seemed to leave the basement, where they smoked pot in their room every day. Since I lived on the second floor I barely ever saw them and their pot smoke didn’t drift up to my room, so this generally didn’t bother me. But occasionally, all my roommates would get stoned together except for me. And everyone knows how fun it is to be the one not-stoned person in a room.

On one such night, one of my roommates became paranoid that our next door neighbors were spying on us, and possibly had our home bugged. She squatted in the shrubs in front of their house so that she could, in turn, spy on them. My other roommates raced back and forth from our place to the spy outpost in our neighbors’ shrubs, laughing hysterically. Without actually having smoked with them, I skipped straight to the munchies, drowning my irritation in a carton of cookies ‘n cream ice cream.

Lest you think I’m a total goody-goody (I am one, but only partially), I have tried smoking pot. Three times. Although it’s unclear if I’ve actually inhaled.

The first time was my junior year in college as an experiment to find an alternative to drinking beer, which gave me terrible hangovers and made me puke violently the following day. The morning after my first foray into pot-smoking, I happily wasn’t hungover or hugging the toilet bowl. But it wasn’t good enough to convince me to adopt the stoner lifestyle.

The next time I tried it was when I was in acting school in my early 20s. Huddling with some of my classmates in a doorway next to the now defunct restaurant America, by Union Square, as a joint was passed around, I mostly participated so that my teacher, who had initiated the passing, would like me. So even in my public pot-smoking rebellion, there was an undercurrent of Type A-ness.

The third and final time I smoked pot was on the last night of acting school. Before meeting the rest of my class at a bar in midtown for our end-of-year celebration, I was pre-partying at the apartment of a guy I had a crush on. It was just the two of us, and when he offered me a hit off his pipe I took it as an opportunity to bond with him, which could possibly lead to hooking up.

It didn’t. What did happen was that the pot rendered me totally mute and unquenchably thirsty. So, although I’m usually super-chatty, I sat in the corner of the bar at my acting school party, unable to do anything but silently nod and take huge gulps of water.

This sucks, I thought, because even though spoken words were eluding me, I could thankfully still think. I’m never doing this again.

Through the rest of my 20s and 30s, I was able to mostly avoid the pot-smoking scene and had very little contact with the controlled substance.

Until earlier this year.

I smelled smoke in my apartment the first week my new downstairs neighbor moved in, and my heart sank. But I protected myself by immediately going into denial.

At first it was just a couple of times a week that the smell would drift up and infiltrate my apartment. It was February, and I cracked the windows and shivered convulsively under my covers while binge-watching “Girls,” trying to convince myself that it wasn’t that bad.

It will be spring in a few months, I repeated in my head like a mantra, thinking that when April rolled around I’d be able to throw my windows open wide and would no longer smell anything.

A month later, when I returned to my apartment from a long weekend away, I was met with the stale, smoky smell.

I had to admit that it actually was that bad. So I called my landlord to complain.

“Is it cigarette or pot smoke?” he asked.

I wanted to give my neighbor the benefit of the doubt and didn’t want to accuse him of smoking pot if I could avoid it, plus I wasn’t totally out of denial yet.

Anyway, it worked, and the smell stopped for six weeks. And then it came back in April with a vengeance, undeniably weed.

I live in an old building with cracks and crevices so there were a lot of places for the smoke to seep through. It smelled like it was coming up through the radiator, through the crack between the floorboards and the wall at the head of my bed, by the kitchen, and in the closet. Also, I live on the top floor, so the smoke would float up to my apartment and get trapped there with nowhere further to go.

It’s impossible to describe how suffocatingly strong the smell was, even with both windows wide open.

My neighbor was now smoking pot every night. He’d light up at around 9:30 p.m. and it would keep going for hours. Each time that initial whiff of weed wafted up into my apartment, my heart sank all over again. Also, he appeared to never leave his apartment. Every day as I walked home I’d glance up at his window hoping he’d be out and I’d get a little respite, but I’d see the light on and steel myself for another night of choking on his fumes.

I’d wake up in the middle of the night unable to breathe, and get out of bed every morning feeling like I’d smoked a pack of Marlboro Reds in my sleep. I had a persistent cough and shortness of breath that lasted throughout the day.

I complained to my landlord again, now acknowledging — to myself and to him — that it was pot, not cigarette smoke. Luckily my building took my complaints very seriously, but this time the pot smoker didn’t stop smoking.

Apparently, my neighbor was annoyed, and felt like his privacy — and his right to smoke pot in his apartment — was being violated.

Things continued to get worse and worse. Being in my apartment at all was becoming intolerable. I tried to spend as little time there as possible, holing up in coffee shops and making phone calls to friends about my living situation from my perch on a park bench.

I worried that my neighbor’s daily pot smoking was going to start affecting my performance at my job. I’d go to work exhausted from not being able to sleep through the night and feeling sick from constantly breathing in pot smoke. I’d have headaches during the day and jokingly think that outside of my pot-saturated apartment, I was going through withdrawal. I was distracted, in a constant state of rage about how violated I felt in my own home, trying to figure out how long I’d have to reasonably wait until I could call my landlord to complain again, and mentally rehearsing what I would say.

One night I woke up at 1 a.m. gasping for breath. Throwing the windows open, I still couldn’t breathe. Around 3 a.m., I left a voicemail for my super in a panic. I tossed and turned until 4, when I was finally able to fall asleep.

Wrecked the next day, I vowed to never spend another night like that, and I stopped staying in my own apartment. Instead, I went to my mom’s place in the suburbs for the weekend and during the week I stayed at friends’ apartments nearby. I’d sleep over at their places, wake up at 6 a.m. to come home only long enough to get ready, and then go to work.

One morning I went home and as soon as the elevator opened I was assaulted with the smell of pot. When I got to my door, I realized that the stench seemed to be emanating from my apartment — the smoke had travelled through the cracks and crevices, filled up my apartment, and was now spilling out into the hallway. The smell was so strong I couldn’t even stay in my place long enough to shower and change — I just dropped off my bag, grabbed a couple of things, and took off for a coffee shop.

My neighbor was now smoking pot all night and day, making my apartment completely uninhabitable. Several days later I went out of town on a well-timed vacation, but I dreaded coming back to my apartment and the cooped-up pot smoke that was going to greet me upon my return. I continued to lodge complaints about my neighbor but it didn’t seem like things were going to change any time soon, so before I left for my trip I’d gone to a couple of realtors and started looking into moving. I’d found out that a comparable apartment in my neighborhood was going to cost me significantly more money, and on my budget I’d probably have to leave my neighborhood altogether. I loved my apartment and my neighborhood and was furious that this pot smoker was driving me out of my home of nine years, while he got to stay and get high all the live-long day.

A few days into my vacation I got a call from my super that my neighbor had moved out.

It was a miracle.

Before this experience living above an out-of-control pot smoker, my stance about pot was that it was annoying, and I didn’t want to be around people who were smoking it. Since this nightmare happened, I’m revolted by the slightest whiff of it and have become staunchly anti-pot.

I don’t want to smoke pot. I choose not to breathe this toxic substance into my body, and I don’t want to be subjected to someone else’s pot smoke either. One person’s “right” to smoke pot shouldn’t trump other people’s right to breathe clean air, or comfortably inhabit the apartment they pay rent for. And I can only imagine that legalizing pot will make it that much more prevalent, and leave those who are affected by the secondhand smoke with that much less recourse to protect themselves.

Jennifer Garam is a coffee-shop-loving, bookstore-browsing Brooklyn-based writer. She’s a blogger for The Huffington Post and Psychology Today, and has been a regular contributor to The Frisky. Her writing has also appeared on Health.com, TheFix.com, YourTango, and elephant journal. 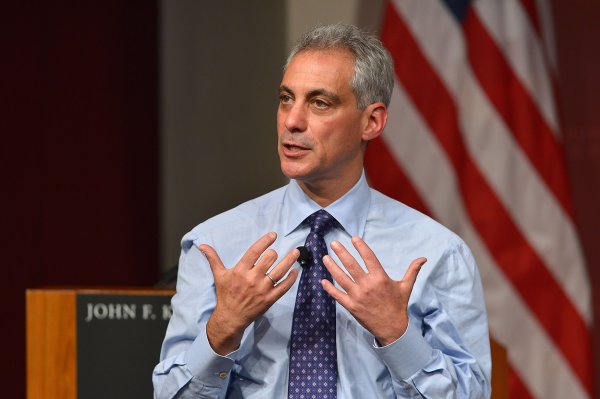