A portrait of Herve Gourdel hangs outside the town hall in Saint-Martin-Vesubie, France, Sept. 25, 2014.
Patrice Masante—Reuters
By Vivienne Walt

The videotaped killing of French tourist Hervé Gourdel in Algeria on Wednesday seemed at first yet another in a string of horrific beheadings of Westerners—the fourth since the chilling death last month of American journalist James Foley. Yet to Western officials, the killing bore another ominous signal too: That the fight against the Islamic State of Iraq and Greater Syria, or ISIS, could become far more complicated as the terror group’s clout expands across a region already awash in weaponry and riven by violent upheaval.

Far different from the three Westerners ISIS has beheaded in Syria – Foley, American journalist Steven Sotloff and British aid worker David Haines–Gourdel, 55, was hundreds of miles from any lethal battlefront and seemed to have no expectation that he was headed into potential danger. A mountain guide from a small village near Nice, he arrived in Algeria last Saturday to hike in the rugged area of the country’s northeast Tizi Ouzu region. He was kidnapped one day later by a new group calling itself Jund al-Khalifa. The organization had broken away from al-Qaeda in the Islamic Maghreb (AQIM) just earlier this month and sworn allegiance to ISIS. It threatened to kill Gourdel unless France stopped its airstrikes on ISIS in Iraq, which began on September 19. A second, grisly video appeared on the Internet Wednesday, showing men with their faces concealed standing over Gourdel, one announcing they were executing him as a “message of blood for the French government.” The final shot shows one of the men apparently holding Gourdel’s severed head.

In the shocked aftermath, French and other officials were left wondering how widely they will need to fight in order to crush ISIS’s growing influence—and whether they might be drawn into another war less than two years after France fought a major air and ground assault against al-Qaeda to force them out of northern Mali. In an impassioned speech to the U.N. General Assembly on Wednesday just hours after Gourdel’s murder, a somber French President François Hollande made it clear that he would not call off France’s bombing raids on ISIS, saying, “It is not weakness that should be the response to terrorism but force.”

What kind of force might succeed is unclear, however. Just 16 months ago, Hollande declared France’s Mali war a success, saying his forces had effectively crushed AQIM and its allies. But in recent weeks, North African officials and journalists have said that ISIS’ rise in Syria, and its sweep across Iraq, could reenergize remnant fighters from France’s fight, many of whom slipped across Mali’s remote desert border with Algeria as French troops closed in. They said lethal battles might begin as different jihadist organizations vy for primacy in the region—perhaps by proving their lethality against Westerners.

“We will witness an internal war within the Al-Qaeda in the Islamic Maghreb,” the Algerian newspaper L’Expression wrote earlier this month, citing “very well-informed sources,” and said that as groups compete to become the main jihadist organization in the region, ISIS-aligned organizations could begin assassinating those still affiliated to al-Qaeda who “could hamper the emergence of ISIS in North Africa.”

As it was, the first public assassination was Gourdel, a totally innocent Frenchmen—signaling that Westerners, even far from Syria, are now potential targets. On Wednesday, the SITE Intelligence Group, a U.S. terrorism monitoring organization, warned that Gourdel’s murder could be the start of a new pattern. “As the Islamic State has instructed its supporters all over the world to execute attacks, the beheading of this French hostage may not be the last demonstration of this nature,” SITE director Rita Katz said in an online commentary after Gourdel’s killing.

For France, there are compelling reasons to fight ISIS’ rise in North Africa. Millions of North Africans live in France, which has Europe’s biggest Muslim population, and Algeria, for example, is a cheap two-hour flight from Paris. French officials estimate that more than 900 French citizens have joined ISIS’ ranks in Syria and Iraq, many just this year, and are increasingly worried that some might return to mount attacks at home. The United Nations Security Council unanimously passed a resolution Wednesday to stop foreign fighters from traveling to join ISIS, and from blocking them from returning back home.

But while Hollande strongly supported that resolution, French officials have shown how difficult it could be to enforce those measures.

On Tuesday—as Gourdel’s life hung in the balance—three French citizens known to have traveled to Syria boarded a flight from Turkey to Marseille without French officials’ knowledge, even though all three were well-known Islamic militants. One pilot in Turkey blocked the group from boarding his plane, fearing they were a potential threat to the flight. Turkish officials then put the three on a plane to Marseille. French officials, who had dispatched police to Paris’ Orly Airport to arrest the three, claim Turkey did not inform them of the change of destination until the group had disembarked in the southern French city and walked through passport control without notice. On Wednesday French Defense Minister Yves le Drian admitted in a radio interview that this week’s incident was “a huge foul-up” caused by muddled communications between Turkey and France. 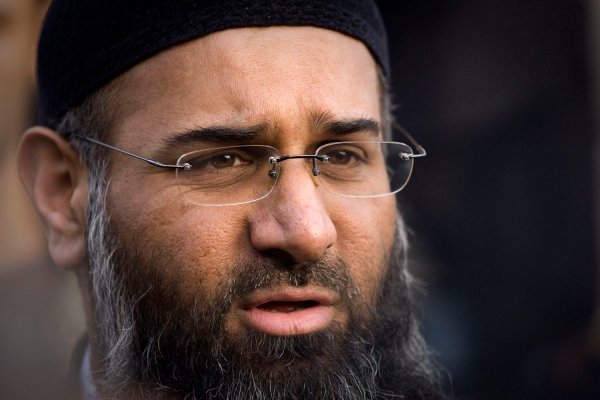 U.K. Counter-Terrorism Raid Nabs 9 in London
Next Up: Editor's Pick