The most concrete change to come from the death of teenager Michael Brown is a tiny lens on a small black box clipped just under the top button of a uniform worn by police officers in Ferguson, Mo., where the unarmed student was shot to death by a patrolman. The body camera, already being tested in a steadily growing number of police departments across the country, got a boost from the unrest that followed the death of Brown and others in what some have called the summer of the unarmed black man. By making a high-definition record of encounters with the public, officials aim to increase transparency of local police and, with it, trust. A study in the Los Angeles suburb of Rialto found that the cameras significantly reduced the incidence of police violence and the number of brutality complaints.

But police are not the only ones with new gear. In the polarized aftermath of Brown’s death, many in majority-black Ferguson regard nothing its overwhelmingly white police force does as neutral. “If Ferguson police are going to videotape us, we’re going to videotape them right back,” says David Whitt, who lives in an apartment complex next to the spot where Brown died in the street. Whitt has a camera provided by We Copwatch, a group that raised $6,000 on the Internet to provide some Ferguson residents with cameras of their own. Whitt’s first video, posted to YouTube, showed a heavy police presence in the area but no altercations.

In an era when digital cameras are as close at hand as the cell phones that contain them, the striking thing is how often reality remains contested. The 2009 police shooting of Oscar Grant was recorded by many of the witnesses at the Fruitvale subway station in Oakland, Calif., but that did not prevent debate over whether the officer was guilty of murder or involuntary manslaughter. (A jury said the latter.) In 1992 riots broke out after a Los Angeles jury acquitted police in the beating of Rodney King despite a graphic home video shot by a bystander.

Which raises the question: How would that encounter have looked from a police body camera? Who does the audience identify with on Cops? Video may not lie, but what it shows is very much a matter of perspective. 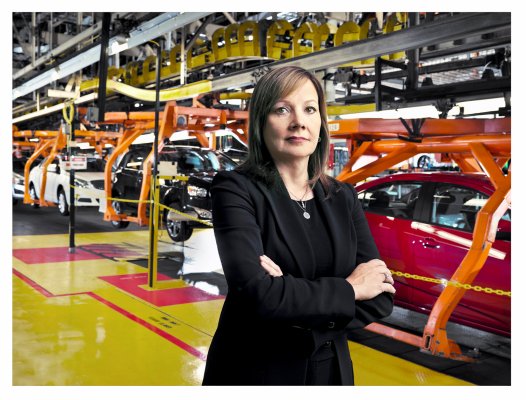 Mary Barra’s Bumpy Ride at the Wheel of GM
Next Up: Editor's Pick