But we’re now in a 3% economy, and I’m writing the same column. Only this time, the message is more disturbing. Growth is back. Unemployment is down. But only a fraction of the jobs lost during the Great Recession that pay more than $15 per hour have been found. And wage growth is still hovering near zero, where it’s been for the past decade. Something is very, very broken in our economy.

It’s a change that’s been coming for 20 years. From World War II to the 1980s, according to data from the McKinsey Global Institute, it took roughly six months after GDP rebounded from a recession for employment to recovery fully. But in the 1990–91 recession and recovery, it took 15 months, and in 2001 it took 39 months. This time around, it’s taken 41 months–more than three years–to replace the jobs lost in the Great Recession. And while the quantity has come back, the quality hasn’t. The job market, as everyone knows, is extremely bifurcated: there are jobs for Ph.D.s and burger flippers but not enough in between. That’s a problem in an economy that’s made up chiefly of consumer spending. When the majority of people don’t have more money, they can’t spend more, and companies can’t create more jobs higher up the food chain. This backstory is laid out in an interim Organisation for Economic Co-operation and Development report cautioning that poor job creation and flat wages are “holding back a stronger recovery in consumer spending.” If this trend is left unchecked, we are looking at a generation that will be permanently less well off than their parents.

There are so many signs of this around us already. The decline in August home sales–a result of wealthy cash buyers and investors stepping back from the market–shows how what little recovery in housing we’ve seen so far has been driven by the rich; anyone who actually needs a mortgage has been slower to jump in. The real estate recovery too is very bifurcated, with much of the gains concentrated in a few more affluent, fast-growing cities. (Plenty of places in the Rust and Sun Belts are still underwater.) While overall consumer debt is down, it is still high by international standards, and student debt is off the charts. When I asked one smart investor where he expected the next financial crisis to come from, he said, “Student debt.” Interest rates on tuition loans are high and fixed, and the loans can’t be refinanced, meaning they’re a trap that’s hard to escape. And student debt continues to grow fast. History shows that the speed of increase in debt, more than the sheer amount, is a predictor of bubbles. By that measure, student debt is blinking red: it has tripled over the past decade and now outstrips credit-card debt and auto loans.

It’s easy to understand why. Much of the population is desperately trying to educate its way out of a terrifying cycle of downward mobility. But students are fighting strong structural shifts in the economy. While technology-driven productivity used to be what economists said would save us from jobless recoveries, technology these days removes jobs from the economy. Just think of companies like Facebook and Twitter, which create a fraction of the jobs the last generation of big tech firms like Apple or Microsoft did, not to mention the multitude of middle-class positions created by the industrial giants of old.

And we’re just getting started: consider the outcry in certain cities over companies like Zillow, Uber and Airbnb, which are fostering “creative destruction” in new sectors like real estate, transportation and hotels. McKinsey estimates that new technologies will put up to 140 million service jobs at risk in the next decade. Critics of this estimate say we’re underestimating the opportunities that will come with everyone having a smartphone. All I can say is, I hope so. What’s clear is that development isn’t yet reflected in stronger consumption or official economic statistics.

What I do see is growing discontent with the economic status quo. In my 2011 column I wrote, “It’s clear that the 2% economy heralds an era of even more divisive, populist politics–at home and abroad.” Ditto the 3% economy. Witness outrage over displaced lower-income workers in the Bay Area, or the fact that the Fed is keeping interest rates low in part because gridlock has prevented Washington from doing more to stimulate the real economy, or the Treasury Department’s new rules limiting American companies’ ability to move outside U.S. tax jurisdiction. Whatever number you put on growth, a recovery that doesn’t feel like a recovery is, yet again, no recovery at all. 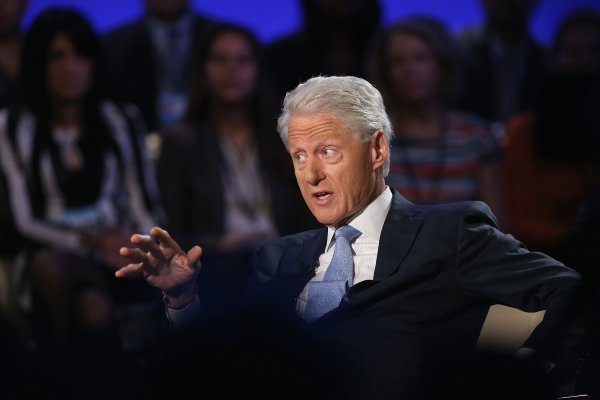