On the page, Gone Girl played devious games with its reviewers as well as its readers. A tennis match of alternating chapters from Nick and Amy Dunne–two New York journalists who move to Nick’s Midwestern hometown when his mother is dying of cancer–Gillian Flynn’s novel detonated its major twist halfway through, creating an ethical dilemma for critics. Should they reveal the story’s shocking middle?

The same challenge applies to appraisers of the faithful film version, scripted by Flynn and directed by David Fincher. I’m allowed to say that Amy (Rosamund Pike), who as a girl was the model for her parents’ Amazing Amy books, comes to realize that Nick (Ben Affleck), whom she adored in Manhattan, has grown lazy and insufficiently attentive in Missouri. He cheats, they argue, and when Amy vanishes, Nick is the prime suspect. Clues from Amy’s diary, and from a treasure hunt she’s devised for their fifth wedding anniversary, point to a loving wife murdered by her swine of a spouse.

Maintaining a gentlemanly no-spoilers stance, I’ll point out that Flynn has successfully transferred her literary jest of dueling narratives to the screen. But while “He said, she said” is fine for books, movies play with the cinematic precept that seeing is believing. Flynn, who says she admires intimate thrillers like Hitchcock’s Rear Window, here adapts a conjuring device from another Hitchcock film, Stage Fright. So what’s the gimmick? I swear I’ll never tell.

Many readers of Gone Girl imagined Affleck, with his softness and weaselly charm, not to mention the cleft in his chin, as the ideal Nick; he slips into the role with fretful ease. For the blond goddess Amy, capable of seducing or scaring her husband, Fincher avoided the obvious choice–Cate Blanchett–and went with Pike, an English actress whose relative unfamiliarity to the mass audience allows her to draw Amy in elegant cursive on a blank slate.

In a movie of subtle tones and wild swerves, Pike expertly mixes a cocktail of hot and cold blood. She is the Amazing Amy you could fall for, till death do you part. 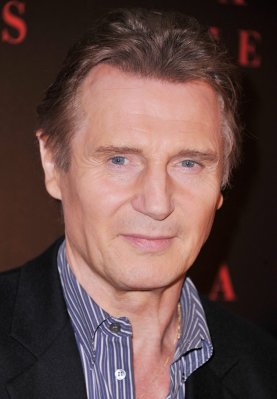