Ukrainian Prime Minister Arseniy Yatsenyuk on Wednesday demanded that Russia pull its forces out of Ukraine and stops the supply of arms to pro-Kremlin rebels.

“We urge Russia to pull back its forces, to pull back its artillery, to stop the supply of Russian-led terrorists, to restore the control over Ukrainian-Russian border and to start real talks — peace talks,” he said.

Yatsenyuk also urged Western nations not to lift sanctions against Russia until Ukraine regained control of all of its territory, the BBC reports.

In March, Russia annexed Ukraine’s southern peninsular of Crimea, sparking clashes between the Kiev-aligned military and pro-Russian separatists in the east of the country.

Yatsenyuk insisted that he intended to reclaim all lost territory. “Crimea was, is and will be a part of Ukraine,” he said.

Russia denies equipping the rebels or sending forces into Ukraine.

On Wednesday, U.S. President Barack Obama said he would consider lifting sanctions on Russia if the government abides by a cease-fire signed on Sept. 5. Despite the agreement, fighting has continued in the rebel-held eastern city of Donetsk.

The U.N. says the number of people killed in Ukraine since the conflict began in April has topped 3,000.

“We are the country that needs peace and it’s difficult to hammer out any kind of peace deal at the barrel of a gun, made in Russia,” Yatsenyuk said. 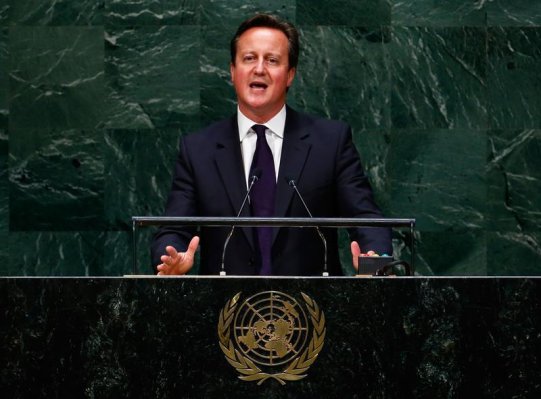