This story was published by The Center for Public Integrity, a nonprofit, nonpartisan investigative news organization in Washington, D.C.

The DSCC—an official arm of the Democratic Party—aired about 3,800 ads in U.S. Senate races across eight states, according to a new Center for Public Integrity analysis of preliminary estimates provided by Kantar Media/CMAG, an advertising tracking service.

That was more than double the number of ads run by its GOP counterpart, the National Republican Senatorial Committee, from Tuesday, Sept. 16, through Monday, Sept. 22.

Such dominance isn’t shocking against the backdrop of Senate Republicans’ fundraising hiccups: the NRSC ended August with about $5 million less in the bank than the DSCC, according to the groups’ most recent campaign finance filings

“It’s critical that the DSCC use our sizable fundraising advantage over the NRSC to help bridge the gap and stop the Kochs from buying the U.S. Senate,” said DSCC spokesman Justin Barasky, referring to the conservative billionaires Charles and David Koch whose political network has also been a major player in competitive Senate races.

NRSC spokeswoman Brook Hougesen did not immediately respond to a request for comment, but numerous recent fundraising pleas from the group have bemoaned the Democrats’ financial advantage.

“The midterm environment is toxic for Democrats, yet there’s a chance Republicans may not take the Senate,” wrote GOP strategist Karl Rove in a fundraising message for the NRSC on Wednesday. “Why? The Democrats have a huge money advantage.”

Senate Minority Leader Mitch McConnell, R-Ky., struck a similar tone in a separate recent email: “If we are unable to close the fundraising gap, Republicans risk being outspent 3-to-1, 5-to-1, even 6-to-1 in several key battleground races.”

Despite the sheer volume of ads the DSCC produced last week, the party committee only once — in Iowa — ranked as the top spender in a Senate race.

Both American Crossroads and the DSCC aired about 1,000 TV ads each in Iowa, according to estimates from Kantar Media/CMAG — or about one ad every 10 minutes. Republican Joni Ernst and Democrat Bruce Braley are locked in a bitter battle to replace long-serving Democratic Sen. Tom Harkin, who’s retiring.

Overall, more than 33,000 TV ads aired in the nine most competitive U.S. Senate races from Sept. 16 through Sept. 22, according to a Center for Public Integrity analysis of preliminary estimates from Kantar Media/CMAG. Democratic candidates and their allies were responsible for 52 percent of them.

Democratic candidates themselves aired more TV ads than any other spender last week in the Senate races underway in Arkansas, Kentucky, Louisiana and North Carolina, according to Kantar Media/CMAG.

The campaigns of Sen. Kay Hagan, D-N.C., and Alison Lundergan Grimes — the Democrat challenging McConnell in Kentucky — each aired about 1,200 TV ads last week. That’s one ad about one ad every nine minutes.

In Louisiana, Democratic Sen. Mary Landrieu’s campaign sponsored about 1,300 TV ads last week — or about one ad every eight minutes.

And in Arkansas, Democratic Sen. Mark Pryor’s campaign aired about 600 TV ads — or about one ad every 17 minutes.

In both Alaska and Georgia, meanwhile, the top Democratic ad producers were neck-and-neck with Republican spenders. For the battleground states of Colorado and Michigan, the top sponsors of ads last week were independent groups — not a candidate or an official party committee.

In Colorado, Crossroads GPS, the nonprofit sibling of super PAC American Crossroads, ranked as the No. 1 spender, airing about 1,000 ads last week.

With less than six weeks until Election Day — and early voting already underway in a handful of states — both Democrats and Republicans are working full bore to rally supporters and win over undecided voters.

“Both sides really are doing whatever it takes,” said Johanna Dunaway, a professor of political science at Louisiana State University. “We are seeing tons and tons of ads.”

Republicans need to pick up six seats in November to win a Senate majority.

Since January 2013, more than 400,000 ads have aired in the nine most competitive Senate races across the country, according to Kantar Media/CMAG.

Conservatives and liberals have each accounted for roughly half.

Politics investigations in your inbox: Sign up for the Center for Public Integrity’s Watchdog email. 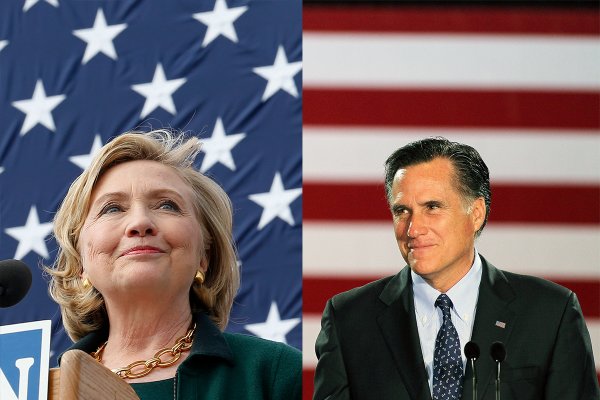 GOP Uses Democrats' Own Playbook Against Them
Next Up: Editor's Pick