"How to Get Away with Murder" stars Viola Davis as Professor Annalise Keating.
Craig Sjodin—ABC
By Laura Stampler

Let’s look at the facts: it’s pretty likely that Peter Nowalk’s wildly enjoyable How to Get Away With Murder (executive produced by Shonda Rhimes), premiering Thursday at 10 p.m., will be a success.

The law school/court room/inside-the-criminal-mind drama is built to succeed: it’s an amalgam of the most addictive television out there in one, hour-long segment. That’s not to say that the show is derivative — it isn’t. Rather, Murder hones in on some of the best elements of shows — and movies — we love. (Please note that this is based on the pilot, so — as is common in Shondaland — all trends are subject to change.)

1. Scandal, of course, is the most obvious comparison. Both shows are about strong and emotionally complex (but distinctly not angry… sorry!) black women. More specifically, the show is about fixers who go in and out of morally ambiguous cases and make them all better by morally ambiguous means. It’s just that Olivia Pope (a political consultant) is doing it in a perfectly tailored long coat, while Annalise Keating (a lawyer and law professor played by Viola Davis) prefers a form-fitting red leather jacket.

2. Given Rhimes’ penchant for dark story lines, we also won’t be surprised if Davis also divines elements of Glenn Close from Damages. Her character, after all, was also a brilliant lawyer who often required her proteges to bend the rules for optimal results.

3. Just like Legally Blonde (or in this case… Legally Leather?), law students are competing for a prize. The top four students in Keating’s class will get to work at her law firm, complete with creepy associates who try to sleep with pretty law students.

4. They show their worth in lecture classes. If the pilot reflects the usual format of episodes, classes begin with Keating introducing her students to a client. Similar to House, students then must rush to find a treatment that will save said client’s life. Step-by-step, they recite different motives, defenses, and courtroom tactics that can lead to an acquittal. The unexpected argument is often rewarded.

5. In true ensemble fashion, the student cohort plays just as big of a role as the show’s headlining star. This is also because, in the first minutes of the first episode, the audience is let in on a secret: four star students are trying to get away with a murder themselves by ditching a body in the woods. (I Know What You Did Last Summer, anyone?) The pilot alternates between the students’ first week of classes to their scramble to hide their crime at the end of the semester.

6. The group of students will be bonded by their secrecy. Will Murder be Pretty Little Liars, but for adults?

7. Like Grey’s Anatomy, Murder revels in outlandish and overly-dramatic scenarios in real-life professions. It is different from other current law firm shows that try to have a steadier grip on reality. According to Nowalk, “I’m trying to write in the tradition of the legal thrillers of the ’80s and ’90s that they would make all the time that were just fun and juicy and jagged edge.”

Funny — we thought there was a little bit of Grisham thrown in for good measure. 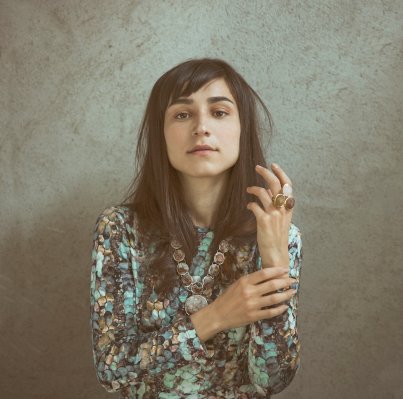