GOP Dubs Democrats the Party of the Rich in 2012 Turnabout

Republicans are turning the Democrats’ own playbook against them.

Two years after Democrats held the White House by painting Mitt Romney as a callous plutocrat, the GOP is borrowing a page from the same populist playbook. In close contests around the country, Republicans are hoping to gain an edge in the battle for control of the Senate by hammering Democrats as the party of the rich.

Sound familiar? In 2012, Democrats cast Romney as a rapacious “vulture” capitalist who was cocooned in the C-suite and blind to the challenges buffeting the middle class. Perhaps the most memorable ad of the election cycle was a brutal takedown of Romney’s Swiss bank account and tax havens in Bermuda and the Caymans, all set to the former private equity executive’s off-key crooning of “America the Beautiful.” Senate Majority Leader Harry Reid pummeled Romney with unsubstantiated charges that he had used accounting gimmicks to skirt 10 years of tax payments.

The attacks succeeded. As political scientists John Sides and Lynn Vavreck wrote in their book The Gamble, in surveys conducted throughout the race voters described themselves as ideologically closer to Romney than to President Barack Obama. But some of them voted for Obama anyway. The caricature that Democrats created—reinforced by Romney’s own tone-deaf remarks—was part of the reason. Obama regularly trounced Romney on “empathy” polling questions, such as which candidate cares more about “people like me.” Among voters who cited this as the trait that mattered most in a President, Obama won in exit polling by a margin of 81-18.

The strategy worked well enough that Republicans have dusted it off and put it use themselves. The campaign team dispatched to rescue Roberts in Kansas has seized on the vast wealth of independent challenger Greg Orman as a potential liability. They have attacked Orman, a businessman whose campaign filings indicate he is worth up to $86 million, as “another millionaire politician” with ties to a tainted Goldman Sachs exec and a private-equity partnership in the Caymans. In normal times, a seven-figure income and affiliation with high-flying financiers are badges of honor in the party. In campaign season, they are cudgels.

The GOP is hardly the only team trotting out this attack. Democrats have made the lavish political spending of the billionaire Koch brothers a centerpiece of their national strategy. In races around the country, they are painting conservative candidates as pawns of the Kochs’ political empire. It’s not clear whether the tactic will work when half the country has never heard of them. But this year, Republicans have found a foil of their own. They’re elevating Steyer, a liberal billionaire who has pledged to fork over $50 million to candidates this year, as the Democrats’ own billionaire bogeyman. That’s why he’s showing up in ads in multiple states, and why the Republican Governors Association has created a website introducing voters to a man they dubbed “Steyer the Liar.”

The truth beneath all the rhetoric is that both parties are desperate to recruit wealthy donors and candidates alike. But in a nation with rising inequality and millions of anxious voters, pitchfork populism will remain a staple of both parties’ campaign playbook before and after the midterm elections. The early rumblings of the 2016 race have focused on Hillary Clinton’s wealth: her massive book advance, her family’s speaking fees, her spacious homes. The media spent a month this summer chewing over how a multimillionaire could consider herself “dead broke.” In national politics these days, everybody seems to be cashing in at the polls on someone else’s money. 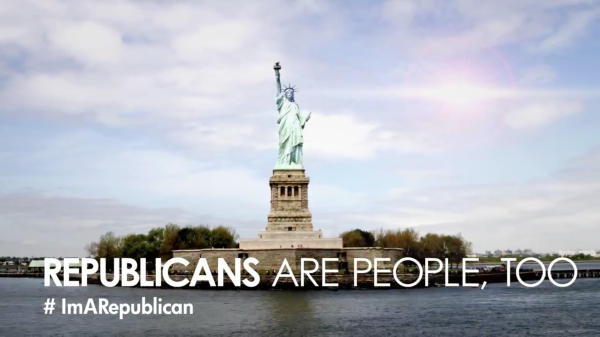 'Republicans Have Feelings'
Next Up: Editor's Pick