In the last month, issues of domestic violence in the news have spurred discussion about why women stay in abusive relationships. The Twitter campaign #WhyIStayed allowed victims to share their rationales: some felt too scared to leave, some had grown up with domestic abuse and others always thought that their partners would finally change.

Though the NFL’s handling of domestic violence scandals suggests that our society still has a long way to go when it comes to understanding domestic abuse, we’ve made a lot of progress since 50 years ago when doctors thought “wife beating” was therapeutic. An article in the issue of TIME dated 50 years ago today — Sept. 25, 1964 — highlights a mind-boggling study that concludes couples stay in abusive relationships because their fighting can “balance out each other’s mental quirks.”

The study, which was published in the Archives of General Psychiatry, looked at 37 cases of assault between couples in Massachusetts courts and found a common trend: “though reasonably hard-working and outwardly respectable, [the husbands] were in reality ‘shy, sexually, ineffectual mother’s boys.’ The wives also fitted a pattern—’aggressive, efficient, masculine and sexually frigid.'”

Perhaps we shouldn’t be surprised that 1960s scientists subscribed to such rigid gender norms wherein shy men were “mama’s boys” and bold women were “frigid.” But the science behind alcohol causing a role reversal in every couple, which was another element of the study, is questionable at best: “Usually the wife was boss, and her weak-willed husband was content to play the subservient role — until he had a few drinks. Then ‘role alternation’ would take place, and the husband would insist belligerently upon his conjugal rights.” (By “insisting on conjugal rights” the writer does probably mean rape.)

What’s most shocking is that doctors believed that a man beating his wife under these circumstances was actually a good thing. They called it “violent, temporary therapy”:

The idea that women ought to feel guilty for being more assertive than their husband is tantamount, of course, to victim blaming. But the study also overly simplifies the assailant-victim relationship to a temper tantrum. We now know that physical violence is only one part of domestic abuse: abusers often use other means like isolation, threats to family members and pets, controlling of personal finances and psychological abuse to hurt their victims. Domestic violence is not a way to sort out issues: it’s a systematic and calculated means for perpetrators to control their victims.

And, of course, it’s very possible we’ll yet learn more about the causes of such violence. Though the science of the ’60s can be cringe-worthy, articles like these are also a reminder that studies can be the product of their times, used to justify the cultural norms: perhaps in 50 years some of our psychological research will seem backwards too.

Read the article here, in TIME’s archives: The Wife Beater & His Wife 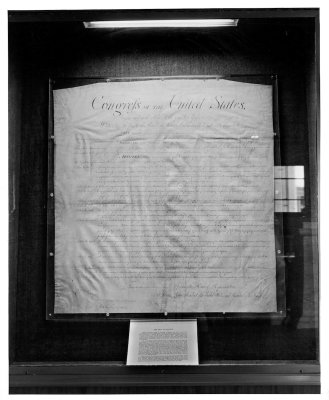 The FBI Sting Operation that Saved the Bill of Rights
Next Up: Editor's Pick