Apple’s first update to its new iOS 8 software fixes several bugs, including one that delayed the launch of new HealthKit fitness apps, but some users are reporting the update is causing new problems as it fixes old ones.

Arriving one week after the operating system was first released to the public, the iOS 8.0.1 update will resolve an issue that prevented HealthKit apps from becoming available on the App Store, according to Apple. Apps for HealthKit, one of the crowning features of iOS 8, had been planned for release alongside iOS 8, but the bug forced developers to delay the release, CNET reported.

Other bug fixes in the update will address issues with third party keyboards, photos and unexpected cellular data usage. However, MacRumors reported Wednesday that some users who put iOS 8.0.1 on their phones are experiencing disruptions in cellular voice and data service as well as issues with Touch ID. TIME attempted but was unable to replicate the reported problems with an iPhone 5C, but several people on Twitter said they were experiencing the issues, particularly those using Apple’s new iPhone 6:

Apple pulled the iOS 8.0.1 update shortly after releasing it because of the aforementioned problems, telling Re/Code that ““We are actively investigating these reports and will provide information as quickly as we can.” 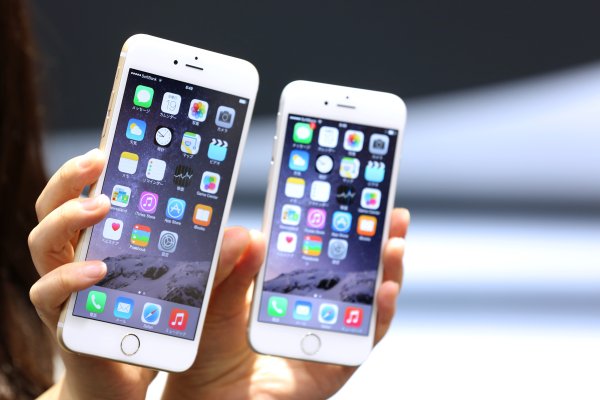