Justice Ginsburg Suggests Senate Republicans Are Keeping Her At Her Job

The dysfunctions and passions of modern partisan politics is not supposed to influence the behavior of the nation’s highest court, but for Justice Ruth Bader Ginsburg, the circus taking place across U.S. Capitol Plaza seems to be having an impact.

This week, Elle magazine asked Ginsburg the question on everyone’s mind: Why not step down from the court now, with a Democratic President, to ensure another left-leaning replacement? Her answer was telling, for an 81-year-old justice who was confirmed to the Supreme Court in 1993 with only three Republican senators voting against her.

“Who do you think President Obama could appoint at this very day, given the boundaries that we have?” she said. “If I resign any time this year, he could not successfully appoint anyone I would like to see in the court. [The Senate Democrats] took off the filibuster for lower federal court appointments, but it remains for this court. So anybody who thinks that if I step down, Obama could appoint someone like me, they’re misguided.”

The implication of this is that she must wait for cooler heads and the 2016 election, when either Republicans might move to the middle or Democrats could win a larger majority in the upper chamber. It was also remarkably frank admission of something Supreme Court justices often try to avoid doing publically: Connecting the whims of Democracy to the wisdom of their collective deliberations.

Under the constitution, the political process officially has an impact on the court at two points: When the Senate confirms justices for the court in the first place, and when Justices decide to leave the court at the end of their career. In 1929, shortly after the stock market crash, Chief Justice William Howard Taft declared in a letter to his brother, “I must stay on the court in order to prevent the Bolsheviki from getting control.” Chief Justice Warren Burger famously sped his retirement out of fear that Republicans would lose control of the Senate in 1986. Justice Harry Blackmun famously scribbled notes to himself the day after President Clinton was elected in 1992, debating when he should now retire.

In recent years, Chief Justice John Roberts, a Republican appointee, has made a point of trying to build unity in the court amid the growing national division outside the building’s walls. In the last term, 60% of the cases were decided unanimously, the highest percentage in decades. But on the biggest issues, from union dues to Obamacare to religious freedom, divisions are still deep and wide.

From Ginsburg’s view, the recent rightward drift of the court will end, if not reverse itself, with time. On the question of abortion, she told Elle, the court has gotten “about as conservative as it will get.” But when asked about the pendulum swinging left again on the larger issues of women’s rights, she pointed to the same body that she suggests is keeping her in the job. “I think it will,” she said, “when we have a more functioning Congress.”

Correction: The original version of this story incorrectly described the group Ginsberg said took off the filibuster for lower federal court appointments. They are the Senate Democrats. 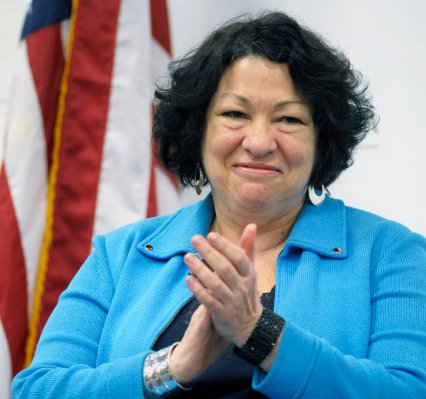