Single Parents With Young Kids Have As Much Sex As Singles Without Kids, Study Says

Turns out that single parents are dating and having as much sex as singles without children.

A new study from The Kinsey Institute has found that single parents of children younger than age 5 date and are sexually active as often as singles without children — and more often than single parents of older children. (I’m guessing that later bedtime and increased ability to lay out guilt trips is to blame for this last phenomenon.)

Researchers began the study thinking that single parents would put hooking up on the back burner while trying to make a human being from scratch. Apparently, not so much. “For single parents, there is only so much time and so much energy to be used for a variety of competing demands in their life. Without the help of a partner, singles often have to divert more energy to parenting and so in theory one might think single parents would not be dating as much. But that’s not what we found,” Justin R. Garcia, an evolutionary biologist at The Kinsey Institute and assistant professor of gender studies at IU Bloomington, said in a press release.

Turns out it’s pretty easy to right-swipe on Tinder while watching Yo Gabba Gabba. Still, it’s news to me that having a kid under the age of 5 is no longer a barrier to a swingin’ single lifestyle. When my son was a toddler he was a barrier to just about everything, including showering, grocery shopping, using the restroom and doing anything alone with my husband. “These data are counter to theory and what was previously assumed about patterns of dating and sexual behavior among U.S. singles,” said Garcia.

But what’s a little less clear is exactly why this counter-intuitive phenomenon is true. The study gives us a few hints: “Male and female parents of young children experience hormonal changes that can affect their sexuality.” It also says that with single moms there’s a desire to find a partner again and people with young children are often younger themselves and tend to have a higher sex drive than older moms.

Remember, this study doesn’t say that single parents are having more sex than married parents. Although, or more realistically, married couples without children or married couples trying to have children probably have more sex than anyone else on earth. “We know that on average, singles have relatively less sexual activity than coupled people — singles tend to have lower rates of sexual frequency likely because they have to first find a partner to have sex with,” Garcia said. 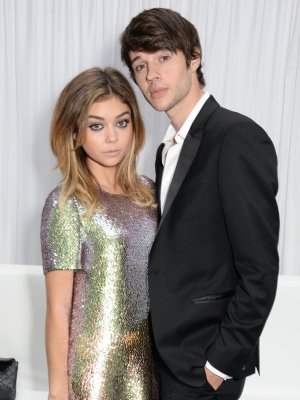 Modern Family Star Gets Restraining Order Against Ex
Next Up: Editor's Pick