The Sigma Pi and Phi Kappa Sigma fraternities have a waterfight on the UCLA campus in Los Angeles.
Gene Lester—Getty Images
Ideas
By Dillon Cheverere

Public perception says fraternities are bastions of heinous indiscretion and even crime—frat guys are drug-abusing, racist, misogynistic, alcoholic rapists. Fraternity members merely view their affiliations as means to a good time. The unfortunate reality, per usual, lies somewhere in the middle. Broad strokes are used to paint them in a terrible light, but the vast majority of fraternities in the United States are upstanding, respectable societal members. Their good deeds get buried under the dirt of the few—such as hazing deaths, or sexual assault.

Regardless of the proportion of offenders, problems within fraternity walls undeniably exist, and university administrators are forever trying to remedy them. Wesleyan University grabbed headlines this week after their administration ordered all on-campus fraternities to accept female students in order to remain in good standing with the university. Girls in fraternities: mandated.

Reasoning for this move includes terms “equity and inclusion” for all students, but reading between the lines tells us they are attempting to thwart fraternity behavior that typically grabs headlines, like the time when Wesleyan was in the news a couple years ago after its Beta Theta Pi chapter earned the moniker “Rape Factory.” All Wesleyan fraternities must “become fully co-educational over the next three years.” Failure to comply will result in disaffiliation from the university. Yet Wesleyan does have sororities. Their female students have options.

I suppose the administration’s idea of the best possible version of a fraternity involves guys and girls living together. But why? How? They don’t really say. Girls will soon sleep under the same roof as guys, they will be at the same parties, and they will soon get drunk and high with them—basically, nothing will change. The reasoning seems thin. How, exactly, does becoming co-ed help fraternities solve, or even mitigate, the bigger issues?

Fraternities—and sororities, for that matter—are seclusive by nature. They aim to accept like-minded people of similar interests and backgrounds. The fabric of a fraternity, as cliché as it may be, is the bond of brotherhood. The relationships forged in these houses are far from casual. These young men will live, fight, mourn, laugh, and trade sexual tales with each other. Each chapter is so much more than dues, chapter meetings, and parties. Lifelong bonds are taking place.

These organizations have been bringing guys together for over 150 years in many cases. Oh yeah, tradition is typically a pretty big deal to these guys. Irrelevant changes such as this mandated by school officials will undoubtedly be ill-received. And it will not work, because very few people will actually want it to.

Dillon Cheverere is Vice President of Media and a writer at Grandex, Inc., an Austin, TX-based media and apparel company that publishes TotalFratMove.com and TotalSororityMove.com. 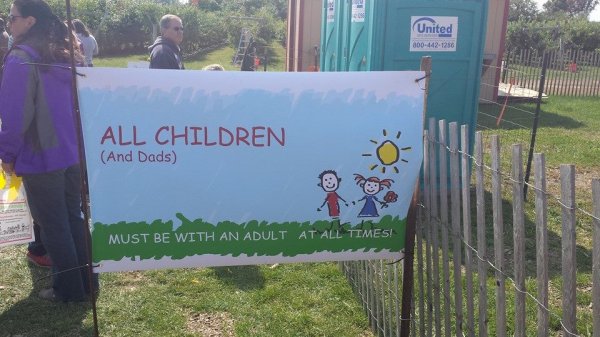 Emma Watson Has It Right—Don't Take Potshots at Fathers
Next Up: Editor's Pick