Members of a community watch group in New York City have accused a NYPD officer of shoving a pregnant woman to the ground during an incident.

The group posted a video to the “El Grito de Sunset Park” Facebook page, in which they claim a police officer can be seen knocking over pregnant Sandra Amequita as she tries to intervene in her son’s arrest. The video allegedly shows an officer pushing Amequita into the ground on her stomach in order to subdue her.

An NYPD spokesperson said that the incident was under review by their Internal Affairs Bureau.

“I was afraid something happened to my baby. I am still afraid that something is wrong,” Amezquita told the New York Daily News. Her 17-year-old son was charged with criminal possession of a weapon, resisting arrest and harassment. She was given a summons for disorderly conduct. 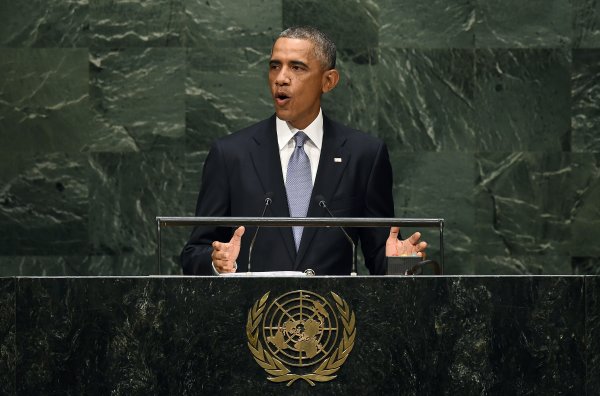 Live: Obama Addresses the U.N.
Next Up: Editor's Pick