Justice Ginsburg: U.S. 'About as Conservative As It Will Get' on Abortion

Supreme Court Justice Ruth Bader Ginsburg waits for the beginning of the taping of "The Kalb Report" April 17, 2014 at the National Press Club in Washington, DC.
Alex Wong&mdash;Getty Images
By Eliana Dockterman

Supreme Court Justice Ruth Bader Ginsburg told Elle in an interview published Tuesday that she believes the country has reached peak conservatism on the issue of abortion rights.

Asked whether the country would swing rightwards on a woman’s right to terminate a pregnancy, the left-leaning 81-year-old replied, “No, I think it’s gotten about as conservative as it will get.” She added that she thinks the pendulum will swing in a more progressive direction in her lifetime, “when we have a more functioning Congress.”

Ginsburg said that Justice Anthony Kennedy has been the key reason for a perceived lack of progress by the pro-choice movement in the abortion debate: “To be frank, it’s one person who made the difference: Justice Kennedy. He was a member of the triumvirate used to [reaffirm] Roe v. Wade in the Casey case, but since then, his decisions have been on upholding restrictions on access to abortion.”

The Supreme Court Justice also told Elle that the court’s Hobby Lobby decision, which affirmed a company’s right to withhold insurance coverage for types of birth control that conflict with an employer’s religious beliefs, will be a black mark on its record. “I think 50 years from now, people will not be able to understand Hobby Lobby,” she said. Ginsburg wrote the dissenting opinion on the decision.

She argued that one of the reasons the pro-choice movement has not been as active as she would like is that many young privileged women who might otherwise be protesting do have access to abortion clinics. “The impact of all these restrictions is on poor women, because women who have means, if their state doesn’t provide access, another state does. I think that the country will wake up and see that it can never go back to [abortions just] for women who can afford to travel to a neighboring state…It makes no sense as a national policy to promote birth only among poor people.”

Ginsburg, who was appointed by President Bill Clinton in 1993, was believed likely to retire during President Obama’s second term in office. But she poured scorn on people who thought she would step down so that Obama could replace her with a justice who shared her political beliefs. “Anybody who thinks that if I step down, Obama could appoint someone like me, they’re misguided,” she said, adding that she would sit on the court for “as long as I can do the job full steam.”

“I think I’ll recognize when the time comes that I can’t any longer,” she said. “But now I can.” 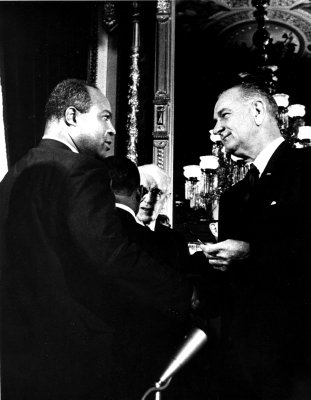 People Died So I Could Vote
Next Up: Editor's Pick