A Turkish soldier watches as Kurdish Syrian refugees walk on the Turkish-Syrian border near the southeastern town of Suruc in Sanliurfa province, Sept. 24, 2014.
Murad Sezer—Reuters
By David Stout

U.S. Central Command said Tuesday night that U.S. military forces had continued to attack ISIS targets in Syria with two airstrikes southwest of Dayr Az Zawr. Secretary of State John Kerry confirmed Wednesday that there had been more strikes overnight. “Definitely a second day and a third and maybe more,” Kerry said, in an interview with CNN. “We’re going to do what’s necessary to get the job done.”

The British-based Syrian Observatory for Human Rights reported on Wednesday that planes scored hits against ISIS militants near Kobani, which is also known as Ayn al-Arab. The Observatory’s Rami Abdulrahman said that local activists reported that the planes had approached from the Turkish side of the border. Turkish officials have dismissed that claim, according to the BBC, and denied that Turkish aircraft or the U.S. airbase at Incirlik were used.

Since Friday, close to 140,000 ethnic Kurds from Syria have flooded across the border into southern Turkey, as ISIS forces took surrounding villages and began to tighten their grip on Kobani. Kurdish militia fighters were still in control of the city as of Wednesday morning.

Earlier this week, Melissa Fleming, a spokesperson for the Office of the U.N. High Commissioner for Refugees, told reporters in Geneva that the agency was preparing for the entire 400,000 strong-population of communities in and around Kobani to cross the border. 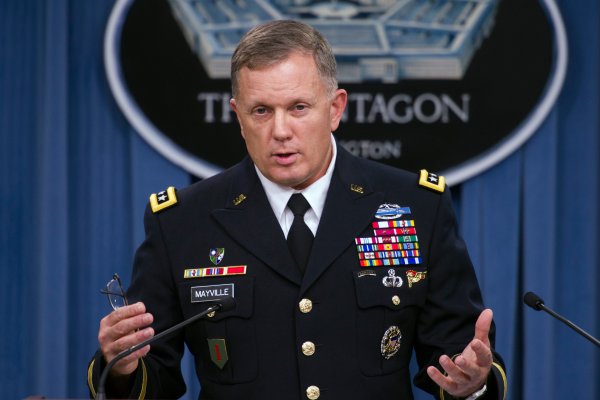