Gay Asylum Seekers Could Be Resettled in Papua New Guinea, Which Outlaws Homosexuality

This handout photo provided by the Australian Department of Immigration and Citizenship, shows facilities at the Manus Island Regional Processing Facility, used for the detention of asylum seekers that arrive by boat, primarily to Christmas Island off the Australian mainland, on October 16, 2012, in Papua New Guinea.
Handout—Getty Images
By Rishi Iyengar

Several gay people, who fled persecution in their home countries and sought asylum in Australia, are reportedly to be resettled in Papua New Guinea (PNG), where homosexuality is a crime.

The asylum seekers are currently held by the Australian immigration officials on Manus Island in PNG, where they could eventually live permanently, the Guardian claims.

Homosexuality in PNG is punishable by up to 14 years in prison.

The Guardian says it has seen what purport to be letters written in Farsi by four gay Iranian men in the Australian-run detention center on Manus Island. The authors appear to detail persecution in their home country and the fear of being resettled in PNG.

“I thought Australia and its people would be my protector, but they taught me otherwise,” one letter reads.

“I am hoping that I will not be sent to PNG prison because I don’t want to be killed by indigenous people living in PNG like my fellow countryman did in February,” reads another.

The authenticity of the letters has not been confirmed.

A December report by Amnesty International says the detainees at the facility have been told that anyone found engaging in homosexual acts will immediately be reported to the PNG police. The report also details numerous other human-rights violations at the detention center.

Amnesty had “consistently raised the issue of gay men on Manus with the [Australian] immigration department” but “never had a clear response,” Graeme McGregor, Amnesty Australia’s refugee-camp coordinator, told the Guardian.

Ben Pynt, director of Humanitarian Research Partners, estimates there are around 36 gay men detained at Manus and several others who are too afraid to reveal their sexual orientation, the Guardian says.

Australian Immigration Minister Scott Morrison, who did not respond to the Guardian’s request for comment on the purported letters, said in December he was unaware of any claims of homosexuality among Manus inmates. He also denied that it was the Australian government’s policy to report homosexual activity among asylum seekers to the PNG government. 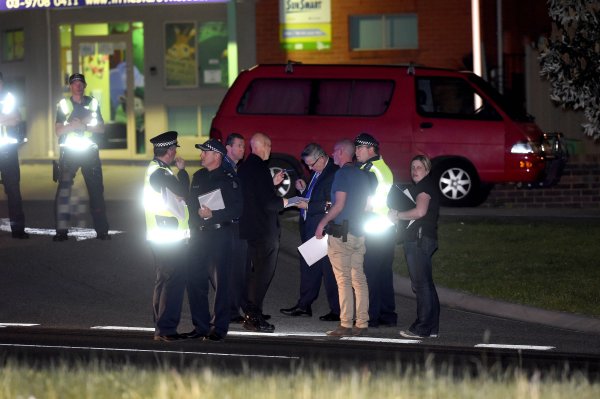