André Benjamin: "There's Not Much Difference" Between Playing André 3000 and Playing Hendrix

Though André Benjamin — best known as André 3000, one half of OutKast — has mostly stayed out of the spotlight for the last few years, he’s back: OutKast’s 2014 tour continues into the fall, and he’ll be on the big screen as Jimi Hendrix in the biopic Jimi: All Is By My Side, opening in limited release Sept. 26.

In this week’s issue of TIME, he speaks about returning to his musical roots and looking for what’s next. An extended edit of that conversation is below:

TIME: The talk of you playing Hendrix had been going on for about a decade before this movie actually came together. Was there some sort of connection you felt with him?

André Benjamin: I didn’t know anything about Hendrix until I was older, in my 20s, but that’s kind of just me being an artist myself and wanting to know people doing the same thing that I’d done. I think any African-American kid who picks up a guitar, they’re going to look back in history and see who was playing. Jimi will always come up. That was how I got into his music and of course after that, reading bios and watching documentaries and that kind of stuff. I think a lot of artists have things in common, but Jimi is one of the standouts.

What is it about him that makes that the case?

I think it was timing. What he represented at the time, which was a certain freedom. And I think, as an artist, his package was the complete package. He had music that was phenomenal. He had style that was phenomenal. He lived the hard life that’s become synonymous with being on the road and being an entertainer, and he spoke out against injustices and he went up against things and people who said it couldn’t be done. No pun intended, he was kind of like an outcast in the world. He was just this black guy out of nowhere who jumped into this white rock world. Of course, people like to bring up the drug part of his life. For young people, that’s really exciting to them, but as a musical artist he’s kind of everything. I think we can all hear that he put his all into it. I think that’s what we’d all like to do. We’d all like to free up and just go for it.

Have you aimed for that in your own career, putting your all into the music?

It doesn’t happen all the time, but there are moments where you’re not thinking and you’re just going. You’ll know it when you feel it, when you look back and go, ‘Well, wow, where did that come from?’ or ‘Why did I make that sound?’

Has that happened recently?

No. Not recently. In the earlier days, when I was really concentrating in the studio every day and that was my whole life, that was all I had to do. But I think also, too, with Jimi’s life, his life was up against the wall. He had nothing. He was losing. This was his only way out. So he played that way, and you could hear it. I guess when I reference those times, it’s kind of like the earlier times in my career, when it was like, ‘This is it. We’re going to make it or we’re not.’

And now you’ve made it —

I have made it to a certain extent. The goals that we set out when we were in high school, we’ve reached those goals. I’m a 39-year-old guy now, so my dreams are a little bit different. I still go for it in my own way but of course you have a lot more distractions when you’re 39.

Do people still see you as André 3000, or is it André Benjamin first now?

It’s definitely that people see me as André 3000. The Benjamin comes second.

How do you feel about that?

It’s cool. I know what they’re referencing. It’s my early career and it makes sense. If you’re an actor and you’re in the street, people will reference your most famous movie, your most famous character. Even Robin Williams, he passed away and it’s funny how people still reference Mork & Mindy. It’s like, whatever was your meeting point, however you got into that person.

I’ve heard you talk about André 3000 as a character. How is playing him different or similar from playing a character in a movie?

There’s not that much difference at all. The only thing is I’m writing the story and I’m picking out my wardrobe. That’s the only difference.

What did your character research entail for for Jimi Hendrix?

Just watching a lot of footage, listening to a lot of tape, watching him in interviews, watching how he walked on stage, doing research to know that he had bad shoes since he was a kid so his feet were really bad. He was pigeon-toed, so when I would walk every day I would walk pigeon-toed. I would walk to try to mimic that walk. Voice-wise I worked with a vocal coach and just worked every day to try to nail the sound. The director of the film wouldn’t let me talk in my regular voice on set, which was helpful because it made me make it a natural kind of thing. It actually took me a minute to get out of, when I came home that week or two after shooting the film. I had to kind of get back into my own way of talking, because I’d done it so much. I would use some of his slang.

Has any of it stuck around?

Nah, it’s completely gone now. Even now friends ask me to do it on the spot because they think it’s funny. I can’t jump back into it. I would probably have to go back and do the whole research thing again to get back into it.

You’ve been described as reclusive. How do you feel about that description?

That’s pretty accurate. I haven’t had a lot of output, as far as a music artist is concerned. And personal life. I’ve done little things here and there but the focus has been different. I still am a fan of the music, but it’s kind of like it’s not the wonder years of it. I’m not comparing myself to Jordan in any kind of fashion, but you know when Jordan goes and plays a celebrity basketball game and shoots a little bit? That’s kind of what it feels like. Like, you know, you’re going to just shoot around a little bit and then you go back home. It’s not like you’re in it every night. When you’re an artist and you’re in it every night, it’s your only focus. Your intent is different.

Do you feel like you’ll have another wonder-years period with something else?

You once said that being famous kind of sucks. Do you still feel that way?

The celebrity part is the part that sucks, and it’s worse now because there’s a whole industry built on sensationalizing celebrities and blasting that out and paparazzi and people commenting on peoples’ kids. It’s turned into a whole zoo. That’s the part that I hate, but I guess it comes with the job and you’ve got to figure out how to balance it out.

So how do you make it suck less?

Only go outside when you’re prepared to be bombarded with it. If you’re not prepared, don’t set yourself up.

I imagine it must also be like that on the Internet.

Yeah, I think the whole social media thing, it’s a great advancement in communications, I really do. I’ve just never done it because I feel like I give enough of my life away, and honestly I don’t know if I have anything interesting to say. I don’t feel like me going to the grocery store or taking pictures of my food is really that important to me, so I don’t want to put it to anybody else. If I want to send a picture I’ll text it to a friend. To broadcast it publicly, I don’t know if that’s my thing. But I think it can be used in a great way. To be able to reach that many people in a split second, that is excellent.

You mentioned that you feel like there’s another round of artistic expression for you. Is there an art form you haven’t tried that you’re interested in?

I’ve kind of dipped into all of them except stage — which is terrifying to me, but I think the stage might be a good challenge. You’re out there. You can’t yell cut. That’s one art form I haven’t done but we’re in a day and age where it’s just, do all of them, do as much as you can. It’s not like you have to single one out. People’s attention spans are short enough and people are interested enough that you can hit them in all kinds of ways, whatever you feel like.

Which artists working today do you like a lot?

There’s a lot. I don’t want to single them out.

So the state of music is pretty good today?

Yeah, and I think music is one of those things — you can’t say the state of it is horrible or bad. It’s just life. It’s just a day. Some days are more exciting than others but at the end of the day it’s like, these are people’s expressions. I hate when people come up to me in public, in the street, and they say, ‘Aw man, don’t you think rap sucks?’ Or, ‘Don’t you think this is not real music?’ I’m thinking in my mind: What do you mean, ‘Real music’? What does that mean? I know what they’re saying, but it’s just unfair to say what’s real and what’s not. Someone’s expression is what it is. Either you like it or you don’t. Especially being in the South, trap music has gotten a bad rap but I think it’s so inventive and so much of a departure from what we did, and I think you should do that. Every generation after should kill all of their idols, kill all the people before them, don’t mimic them. Keep it moving. 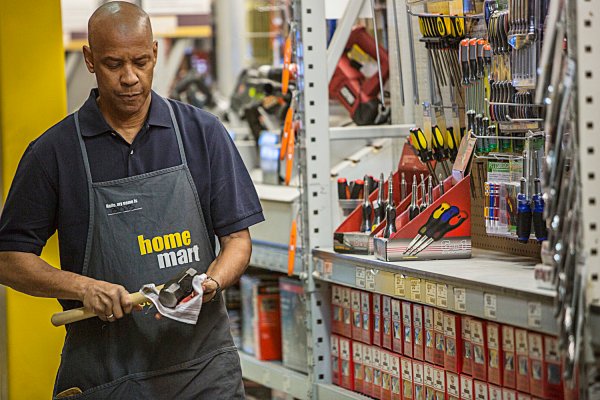