President Bill Clinton says it’s time to revamp the corporate tax rate that he signed into law during his tenure as the nation’s leader.

Clinton told CNBC’s Becky Quick that the U.S. Treasury Department is doing what it is legally obligated to do, which is collect what money is due under American law. The real problem needs to be solved on the floor of Congress, and it demands a bipartisan solution, he said.

“We’re bailing water out of a leaky boat,” Clinton said. “This is practical economics and practical politics.”

The Treasury announced new measures Monday to stem the tide of corporations buying foreign companies in order to move abroad and take advantage of lower tax rates. Thirteen such deals worth $178 billion have been announced this year, according to Dealogic. A couple examples include Burger King’s purchase of Canada-based Tim Hortons and Medtronic’s nearly $43 billion deal to buy Irish medical-device maker Covidien.

Now the U.S. is one of the highest corporate tax rates globally, and that just won’t work anymore, Clinton said. The U.S. legislature has failed to review the standard corporate tax rate in relation to other nations since the mid-1990s — and that could continue to affect the nation’s competitive stance.

Clinton shied away from labeling tax inversions either patriotic or non-patriotic, dodging one of Quick’s questions. But he did say he believes that the corporate tax rate can be lowered while closing existing loopholes and still allow the government to collect the same amount of tax revenue.

Clinton praised American companies such as Corning and Dow Chemical. Both, he said, have focused on keeping jobs in the U.S. He also praised Alibaba Group CEO Jack Ma, whose company just launched the largest initial public offering ever late last week.

Clinton praised Ma’s approach to business: He focuses first on customers, then employees and shareholders third, Clinton said of Ma. 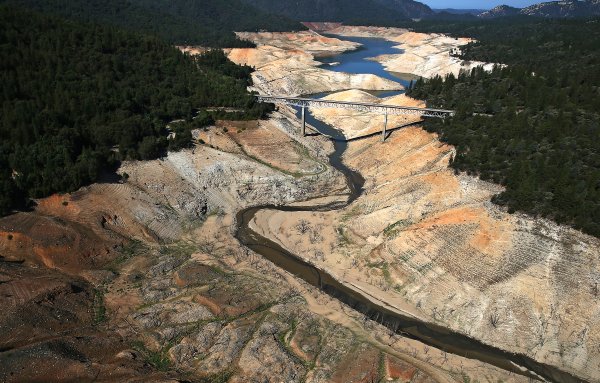 How California's Drought Will Affect Your Wallet
Next Up: Editor's Pick