Death and the Maiden: Meryl Streep’s Tribute to Philip Roth

“The first time I saw Brenda she asked me to hold her glasses.”

With that opening sentence of Goodbye, Columbus, Philip Roth stepped into his writing career in 1959 at the age of 26. So it had the feeling of a bookend this past Friday night when, with the 81-year-old Roth sitting smiling in the audience, Meryl Streep walked onto the stage of Alexander Hall on the Princeton University campus.

Wearing a serious expression and serious attire (black wrap dress, high heels, hoop earrings), Streep took her chair next to a string quartet, crossed her bare legs, and pushed her black glasses to the bridge of her nose. With blonde hair pulled into a ponytail, she looked both sophisticated at the same time. She might as well be Brenda Patimkin of Goodbye, Columbus–glasses and all—the first of the alluring shiksas who have served as lust objects for Roth’s males over the years. Streep did in fact grow up in Summit, New Jersey, just five miles up the road from Brenda’s fictional house in Short Hills.

Streep is here to do a one-time performance, reading selections from Roth’s meditation-on-death novella, Everyman, accompanied by a string quartet and a star-struck audience of 900. This is the only the second-ever performance of this reading. The actor Philip Seymour Hoffman did the first, but he died earlier this year. Death is everywhere tonight.

Streep begins to read, and immediately we are transported to a funeral somewhere in New Jersey—an open grave, eulogies from an ex-wife, then an older brother. The musicians watch her quietly, as Roth listens attentively from his seat in the orchestra.

“Schubert used music as a dialogue with the terrified maiden,” Dusinberre explains. “Roth’s novel shows us how youth becomes an important theme as we approach death. And it has leitmotifs, scenes in the cemetery that suit a musical treatment.”

Dusinberre knew that Roth had heard his group play in the past, “so that gave me the courage to approach him.” To Dusinberre’s astonishment, Roth said yes. The program was originally performed at Carnegie Hall in 2007 with Hoffman reading. But after Hoffman’s sudden death — an event eerily in keeping with Everyman‘s dark themes—the program returned to the stage last weekend for a single performance at Princeton. Roth had suggested Streep to replace Hoffman — and she accepted out of friendship and admiration, despite going into rehearsals for her next movie.

Roth made the trip from his home in suburban Connecticut, moving slowly these days and wielding a cane, as if to ward off the ravages of age, and relying on friends to help him in and out of the car. But he brightens on arrival, smiling and answering questions about when he last taught at Princeton (“That was in 1962!”). He is no longer writing new work — but protests that he never “announced” his retirement from writing but simply stopped. For that matter, he no longer keeps up with new literary fiction.

Streep reads in a mellifluous voice, starting with the novel’s matter-of-fact opening paragraphs, then building emotion as she flourishes her virtuoso accents — an angry relative from New Jersey chastising his wife at the gravesite, a black gravedigger from the South describing the careful craft of digging a grave. Her readings are punctuated by melancholic musical selections from the contemporary composer Arvo Pärt. The Schubert quartet is played in its entirety after the intermission.

The humor of Portnoy’s Complaint is hard to find in Everyman. All of the readings are from scenes set at a rundown cemetery near Roth’s old home in Newark. As his narrator describes it, “By now the place has become the butt end of the airport and what you’re hearing from a few miles away is the steady din of the New Jersey Turnpike.”

Roth marvels at how accurately Streep interprets “everything I intended when I wrote it.” Before the concert, answering a questioner who wonders if his protagonist is “not so average,” Roth jokes, “Perhaps you would rather that I called the book Every Other Man.”

Suddenly, after finishing Roth’s euphoric reminiscence of a childhood day of swimming at the Jersey Shore, Streep falls silent. Death has arrived for Everyman, when he least expected it. A hushed silence. The lights come up. Standing ovation. Streep throws both hands out in the direction of the darkened seats in at center orchestra. And Philip Roth grins and gives a broad, sweeping wave of his straightened arm to everyone present.

Landon Jones is a former managing editor of People and Money magazines and the author of Great Expectations: America and the Baby Boom Generation. Pia de Jong is a literary novelist who moved to the US two years ago. She publishes a weekly column in the Amsterdam newspaper NRC Handelsblad about her life in America. 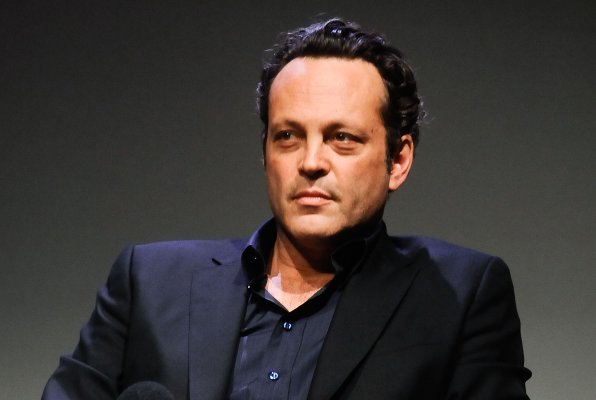