The Secret Service Thinks We Are Fools

If you want to know what is wrong with the Secret Service, take a look at the statement the agency issued after a deranged intruder managed to enter the White House for the first time since the Secret Service closed off public access to the mansion during World War II.

According to the Secret Service, the Uniformed Division officers who did nothing to apprehend 42-year-old Omar J. Gonzalez after he hopped over the White House fence “showed tremendous restraint.” The agency is so arrogant that it thinks it can make such an obviously ridiculous statement and the public will buy it because we are fools.

But the Secret Service is not fooling the FBI. Senior FBI officials are horrified by the Secret Service’s handling of the matter and are laughing at its effort to cover up its own failure by brazenly praising the officers’ “restraint.”

The FBI’s reaction is well founded. In protecting the White House, the Secret Service Uniformed Division officers and the Uniformed Division’s Emergency Response Team, armed with P90 submachine guns, are supposed to be the first line of defense. But they were either asleep or just not paying attention when Gonzales sprinted across the lawn. They thus failed to unleash the agency’s Belgian Malinois dogs, which are cross-trained to sniff out explosives and to attack an intruder and take him or her down.

Having failed to unleash the dogs in time, the officers should have taken out the intruder with a bullet. When it comes to protecting the president, officers and agents must make split-second decisions to avoid an assassination. Courts have given the Secret Service much wider latitude than other law enforcement agencies in use of deadly force.

In Gonzalez’ case, no one knew if he was concealing a bomb or weapons of mass destruction. If it turned out he had them, it would have been too late to kill him once he was in the White House. While President Obama had just left the White House, he might have decided to return. Gonzalez’s act of racing into the White House by definition meant that he was a threat to the president. The Secret Service was derelict in its duty to protect the president by failing to eliminate that threat.

While all of this may seem obvious, apparently it is not to Obama, who has defended the Secret Service and its leaders even as it let Michaele and Tareq Salahi and a third intruder, Carlos Allen, into a White House state dinner even though they were not on the guest list. The president continued to defend the agency even as 11 agents had to be sent home from Colombia for hiring prostitutes when Obama was about to visit (a story which I broke).

Yet these scandals are the tip of the iceberg. As reported in my book The First Family Detail, while agents are brave and dedicated, Secret Service management perpetuates a culture that condones laxness and cutting corners. Under pressure from White House political staffs or presidential campaign staffs, Secret Service management tells agents to let people into events without magnetometer or metal detector screening. Assassins concealing grenades or other weapons could theoretically enter an event and easily assassinate the president or a presidential candidate. When it comes to firearms requalification and physical fitness, the Secret Service either doesn’t allow agents time to fulfill the requirements or asks agents to fill out their own test scores.

All this has led to poor morale and a high turnover rate. Tired agents and officers are forced to work long overtime hours, contributing to the sort of inattention that took place when Gonzalez scaled the White House fence. The Secret Service has refused to update its sensors around the White House with the latest technologically advanced devices for detecting intrusions and weapons of mass destruction. Its arrogance extended to leaving the doors to the White House unlocked on the presumption that its personnel could handle any threat.

No congressional hearings or internal reviews are going to fix the agency. Only an outside director with a fresh perspective—comparable to Robert S. Mueller III when he took over as FBI director—would be capable of reforming Secret Service management, shaking up the agency, and changing the culture that fosters corner cutting and punishes agents who question it.

But given Obama’s lack of judgment, that is not going to happen. An assassination nullifies American democracy. But Obama will continue to insist that he has confidence in the Secret Service despite the risk to his own life and the lives of his family members, who would be prime targets of an attack by ISIS terrorists on the vulnerable White House.

“We don’t have enough people or the equipment to do protection the way they advertise they do,” a veteran current agent (who spoke on the condition of anonymity due to fear of losing his job) says. “And how we have not had an incident up to this point is truly amazing—a miracle.”

Ronald Kessler, a former Washington Post and Wall Street Journal investigative reporter, is the author of The First Family Detail: Secret Service Agents Reveal the Hidden Lives of the Presidents. 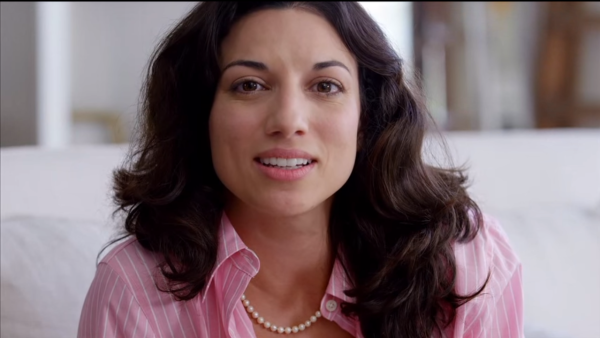 Anti-Obama Ad Compares President to a Bad Online Date
Next Up: Editor's Pick