U.S. Pledges to Destroy All Landmines Outside of Korean Peninsula

A sign reading ''Danger landmines, what is happening to those shoes'' is pictured in front of a pyramid of shoes during the annual demonstration by NGO Handicap International to denounce the use and sale of anti-personnel landmines, on Sept. 20, 2014 in Lyon, central France.
Jeff Pachoud—AFP/Getty Images
By Dan Kedmey

The U.S. has pledged to destroy all existing stockpiles of anti-personnel landmines outside of the Korean peninsula, administration officials said on Monday, but stopped short of acceding to an international ban on the weaponry.

The decision to destroy existing stockpiles builds on a previous commitment in June to not manufacture, acquire or do anything to replenish existing stockpiles of landmines. While administration officials reinforced their commitment to the goals of the Ottawa Convention, a 15-year-old international agreement that forbids the use or stockpiling of landmines, the U.S. did not formally join the treaty.

“Even as we take these further steps, the unique circumstances on the Korean Peninsula and our commitment to the defense of the Republic of Korea preclude us from changing our anti-personnel landmine policy there at this time, said National Security Council spokesperson Caitlin Hayden.

“We will continue our diligent efforts to pursue solutions that would be compliant with and ultimately allow us to accede to the Ottawa Convention while ensuring our ability to meet our alliance commitments to the Republic of Korea.”

More than 160 countries have joined the Ottawa Convention, but the U.S. has resisted pressure from several human rights organizations to sign the treaty, citing ongoing security concerns. 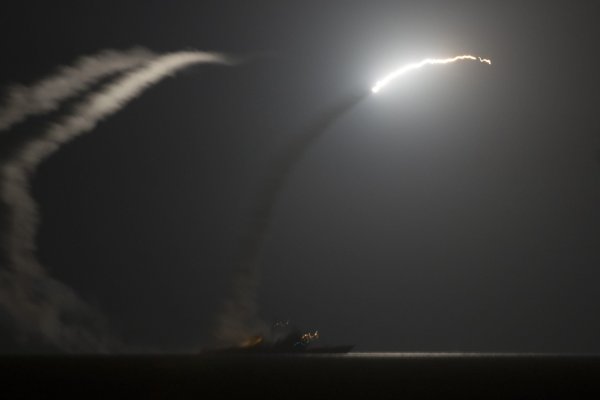 U.S. Launches Campaign Against ISIS in Syria
Next Up: Editor's Pick