One year after Paula Deen’s meltdown on NBC’s Today show — in which she “apologized” for using racial slurs 30 years ago with the declaration “I is what I is” — the cooking star reunited with Matt Lauer Tuesday to reflect on what the last 365 days had wrought.

It was a “dark and difficult year,” Lauer recalled to Deen, who appeared alongside her two sons. The celebrity chef lost her Food Network show in 2013 after a leaked deposition revealed she admitted using the n-word “a very long time” ago, and also that she had planned to host a “Southern plantation-styled” wedding featuring African-American servants.

Deen agreed with Lauer’s verdict, adding that doing the infamous Today interview had been a mistake. “That was a woman in trauma, shock, trying to understand what happened,” she said. “And you know the cold hard fact, Matt, is I probably should not have been here. I should have been home, maybe under the care of a doctor.”

She also apologized for the scandal. “My words hurt people,” Deen said. “They disappointed people, and quite frankly I disappointed myself. And for that I’m so sorry. I’m so, so sorry for the hurt I caused people. Because it went deep.”

So what is Deen up to after a year of self reflecting (and admittedly reading WeSupportPaulaDeen.com) on her couch?

Even though Lauer declared Deen had become “radioactive in the business world” after the scandal, Deen was promoting her new endeavor: The Paula Deen Network. Deen recently bought all of her content from The Food Network to fill the site alongside 20 other new shows a week.

Other things to look forward to? A documentary showing her side of the story will premiere exclusively on the digital network. Oh, and there might be a book.

“I really feel it’s going to require another book,” she said. 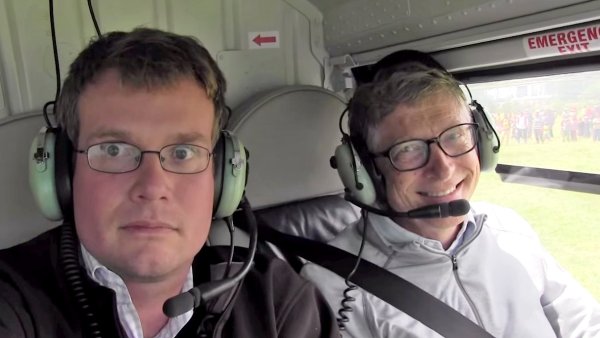 John Green and Bill Gates Are Teaming Up to Bring Clean Water to Ethiopia
Next Up: Editor's Pick