Is Raiders of the Lost Ark still a great film, even if we can’t hear Harrison Ford’s quips?

Soderbergh, of Sex, Lies and Videotape (1989) fame, has pulled all the dialog and color from Steven Spielberg’s Raiders of the Lost Ark in order to showcase the film’s staging.

“This filmmaker forgot more about staging by the time he made his first feature than I know to this day,” says Soderbergh, of Spielberg, on his blog. The stripped-down movie is available on the blog.

In Soderbergh’s austere version of the 1981 classic, viewers can see how “all the various elements of a given scene or piece are aligned, arranged, and coordinated,” he writes.

“I want you to watch this movie and think only about staging, how the shots are built and laid out, what the rules of movement are, what the cutting patterns are,” he says.

Soderbergh, whose film credits include both blockbusters (Contagion) and acclaimed art-house films (The Girlfriend Experience), has said he is on an indefinite hiatus from filmmaking to pursue theater and television projects.

He told NPR last year that part of the reason for his decision is that the movie business is squeezing out possibilities for creative work: “The box is getting smaller, that there are economic pressures that sort of force it to become more and more constricted,” he said.

“The business isn’t as fun as it used to be.” 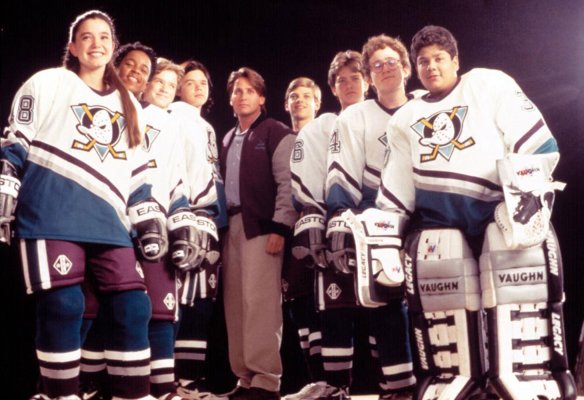 The Cast of Mighty Ducks Reunites in the Best Way Possible
Next Up: Editor's Pick