The poultry giant believes probiotics, or “good bacteria,” will fend off the harmful kind that might otherwise take up residence in its birds, according to NPR.

Poultry companies have long raised their chicken on antibiotics to increase weight and prevent infections — a practice that public-health officials say runs the risk of spurring the development of so-called “superbugs” that are resistant to antibiotics and harmful to humans.

In response to a recent Reuters investigation into the widespread use of so-called “farmacueticals” in six chicken plants, including Perdue, U.S. lawmakers are eyeing new legislation to compel companies to release more information about their use of antibiotics.

Heading off such legislation, Perdue said in a statement earlier this month that it would stop using antibiotics in 95% of its chickens — that is, just to treat ill livestock. Turning to probiotics is among the firm’s alternative strategies for keeping its chickens disease-free, NPR says. 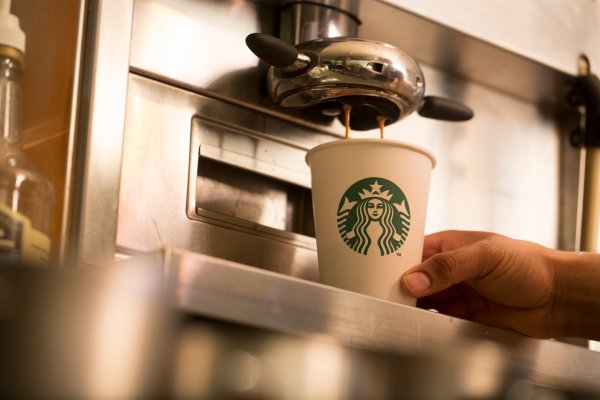 Starbucks Is Testing a Drink That Tastes Like Guinness (Without the Alcohol)
Next Up: Editor's Pick