U.S. and Japanese Forces Lock and Load With One Eye on China

U.S. Marines and members of the Japan Ground Self-Defense Force line up before a joint exercise at the JGSDF's Aibano facility in Takashima, Japan, on Oct. 8, 2013
The Asahi Shimbun
By Kirk Spitzer / Okinawa

When U.S. Marines stormed ashore during a beach-landing exercise in Okinawa recently, they weren’t alone. Charging alongside them was a group of Japanese soldiers assigned to live and train with the Marines and learn the basics of amphibious warfare.

“When they landed on the beach, it was difficult to tell who was who, which was an impressive feat,” said Colonel Romin Dasmalchi, a Marine commander.

On almost any day, U.S. and Japanese ground troops, sailors or aircrews can be found practicing combat skills side by side or preparing for major training operations throughout the Japanese archipelago, and across the Pacific.

Day-to-day coordination is up as well. U.S. Marines now have full-time liaison officers with the Japan Ground Self-Defense Force (JGSDF) in Tokyo and southern Japan. And JGSDF officers are assigned to Marine headquarters in Okinawa, Hawaii, Washington, D.C., and Quantico, Va.

That’s a deep sea change from even a few years ago, when most U.S. and Japanese forces had little direct contact, says Grant Newsham, senior research fellow at the Japan Forum for Strategic Studies in Tokyo and former liaison officer between U.S. Marines and the JGSDF.

“There is both a qualitative and quantitative difference in training these days. We are beginning to train together jointly, instead of the traditional parallel arrangement,” Newsham says.

U.S. and Japanese officials agreed during talks in Tokyo in 2012 to boost joint training and improve interoperability. That was due in part to lessons learned from the 2011 earthquake and tsunami in northeastern Japan — where there were communication and coordination breakdowns — as well as concerns over China’s rapid military buildup and aggressive territorial demands.

Much of the new training is focused on improving Japan’s ability to defend its sprawling southwest islands chain.

That has not gone unnoticed in China, which claims historical ownership of some of those islands. Chinese leaders are increasingly wary of both the U.S. pivot and the Abe administration’s efforts to boost defense spending and ease restrictions on Japan’s powerful but low-profile military.

“The PLA [People’s Liberation Army], as well as the mass media, are certainly very sensitive to these joint training and exercise programs between the U.S. and Japan, especially the increasing amphibious war-fighting capability,” says Yu Tiejun, deputy director of Peking University’s Center for International and Strategic Studies, in Beijing.

“These joint training activities will not only intensify the security dilemma that’s already there, but also trigger the escalation of the arms race in this region,” Yu says.

With a defense budget only about a third of China’s and with just a modest spending increases planned for the coming years, it is not clear that Japan is bent on an arms race.

Nonetheless, it is clear that Japan is boosting the size, scope and frequency with which it trains with, and learns from, the powerful Americans.

In 2006, for example, the JGSDF sent just a couple dozen soldiers to take part in the Marines’ annual Iron Fist exercise in Southern California. Those soldiers took part in only a few phases of the weeks-long drill.

Now, more than 300 troops take part in the full exercise each year, including live-fire training and force-on-force drills against the battle-tested Americans.

Last year, the JGSDF launched a new exercise with the Marines in California, called Dawn Blitz. Tokyo sent a flotilla of warships packed with ground troops, landing craft, helicopters, vehicles and other heavy equipment all the way across the Pacific for two weeks of hard training with the Marines.

For the next edition of Dawn Blitz, in spring 2015, the Japanese have said they hope to send fighter planes as well. Close air support is essential element of amphibious warfare, but one that requires sophisticated skills.

Less noticeable but perhaps equally significant is a program launched in 2013, in which a platoon (about 30 soldiers) of JGSDF is assigned to the Okinawa-based 31st Marine Expeditionary Unit.

Those troops live and train with the Marines for a period of up to three months. That includes, in most cases, clambering aboard U.S. Navy assault ships to cruise the Asia-Pacific region alongside the Marines (if the Marines are called into combat, however, Japan’s pacifist constitution requires that the Japanese troops off-load at the nearest location and return to Japan).

Colonel Takayasu Iwakami, training and exercise director for the JGSDF, says the overall goal is to develop both tactical skill and the ability to operate seamlessly with the Marines in wartime conditions — should that become necessary.

“We are trying to develop an amphibious warfare capability, but we don’t have the knowledge yet. The Marines have the experience of real war so they know much more about it, and we can learn from them,” Iwakami says. “But it’s not just a matter of how frequently we train together, or even the type of training that we do. It’s also about developing a deep sense of understanding and trust for each other.”

That also has benefits for the Marines. With land wars in Iraq and Afghanistan all but over, thousands of Marines have returned to their bases in Okinawa. Training opportunities are limited there, however, and the Marines have begun training more frequently at JGSDF at bases on the main islands.

“Even though we were in Japan and trained in Japan, we didn’t put as much effort into training with the Japanese as we should have,” says Major Eric Mattson, who heads the Marines’ joint training program in Japan.

“Now it’s ‘Let’s do some real training. Put them on our ships. Let them see how we live, see how we train. Do all that right along with them.’ And then we go up to their ranges, stay on their bases, fire their weapons. So it has tangible benefits for us,” says Mattson.

Even the U.S. Navy, which has long had a close relationship with the Japan Maritime Self-Defense Force (JMSDF), is upping the frequency and sophistication with which it trains with its counterpart.

“Our operations with the JMSDF are focused on high-end interoperability, so often the quality of the training is even more important than quantity,” Thomas says.

Both the frequency and scope of U.S.-Japan training is almost certain to increase.

Japan plans to field a 3,000-man amphibious warfare unit, based in southern Japan, no later than 2018. They will use the same amphibious assault vehicles, V-22 Osprey aircraft and other equipment used by the Marines and Navy. That will require close coordination with Americans.

That’s not a bad thing, says Brad Glosserman, executive director of the Pacific Forum CSIS, a think tank in Honolulu.

The Chinese are likely to complain no matter how much or how little U.S. forces train with the Japanese, and Prime Minister Shinzo Abe’s efforts to ease restrictions on Japan’s military are likely to remain tempered by public opinion, Glosserman says.

“I like the idea of our armed forces training so much with other countries’ militaries. It increases familiarity, reminds our military that all armies don’t fight alike, and the better that we understand those differences among our partners, the smarter we can be. What’s not to like?” 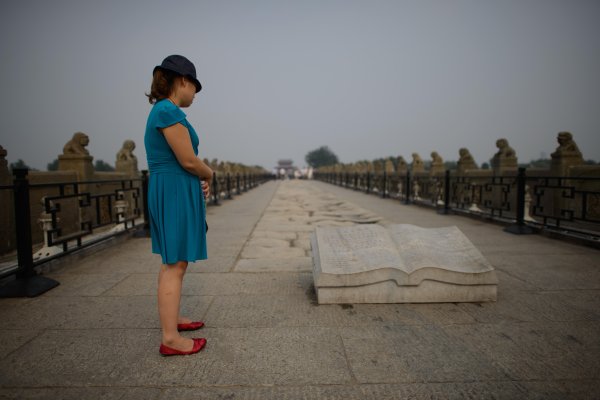 On a Wartime Anniversary, China Steps Up Its Anti-Japan PR Campaign
EDIT POST