Don’t be fooled by the box-office sales of movies starring strong women like Katniss in The Hunger Games or Elsa and Anna in Frozen: there’s still a gender gap in Hollywood. According to a new report by the Geena Davis Institute on Gender in Media, only 23% of the films distributed internationally from 2010 to 2013 featured female protagonists and only 31% of the speaking characters were women.

Things are even less equitable behind the camera: only 8% of the 120 films studied had a female director. The dearth of women-helmed films correlates with how many women made it on-screen: the study showed that films with female directors had a 6.8% higher chance of including more female on-screen, and those with a female writer had a 7.5% higher chance of including women in the cast.

Even if movies did have lots of female characters, the portrayals were not necessarily empowering: appearance comments were directed at women five times more than men in the scripts. Women were also sexualized more often than men: they were over two times more likely to be shown in revealing attire or fully naked. And women characters were also less likely than men to have accomplished careers in film: only 14.8% of doctors in movies were women; 13.9% of executives; 9.1% of lawyers; 8.9% of engineers; and 4.1% of sports figures.

These new stats, while bleak, are not a shocking break from past studies: in 2013, women made up only 15% of the protagonists, according to San Diego State University, and only 36% of films passed the Bechdel test, a simple tool that asks whether there are two women in a movie that speak to each other about something other than a man.

And yet studios would benefit financially if they changed the current trend. A Vocativ analysis from earlier this year found that movies with strong female roles make more money. The Hunger Games franchise, Frozen, Maleficent and Gravity attracted massive audiences, in part because 60% of the over-25 movie-going audience is female, and women — like every other demographic — want to see people who look like them onscreen.

On a brighter note, women had a good summer at the box office: films with female leads like The Fault in Our Stars surprised analysts by edging out traditional tentpole films like Edge of Tomorrow, and female-driven fantasy and action films like Maleficent and Lucy proved that audiences will buy tickets to big blockbusters with women in the lead role. (And Jennifer Lawrence is poised to seal that claim with the next Hunger Games installment in November.) Hopefully, the big numbers will finally start to change producers’ minds: Marvel Studios has hinted at an upcoming superhero film, while Sony already has a D.C. film starring a heroine under way. 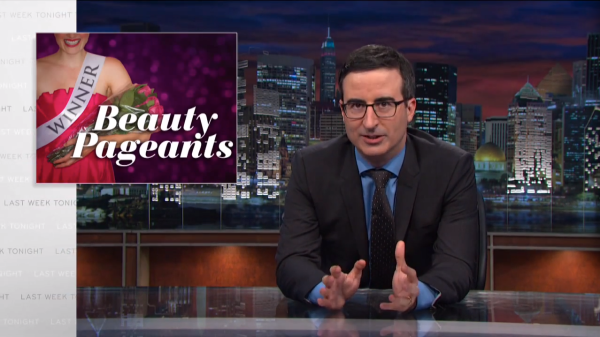