Pope Francis, flanked by President of the Libera Foundation father Don Luigi Ciotti, left, arrives at St Gregory VII Church for a prayer vigil with relatives of the Mafia's victims on March 21, 2014 in Rome.
Franco Origlia—Getty Images
By Noah Rayman

Pope Francis attended an annual vigil for mafia victims Friday and warned mobsters to change their ways or risk going to hell.

“Repent,” Pope Francis said in his most forceful denouncement of organized crime to date. “There’s still time to not end up in hell, which is what awaits you if you continue on this path.”

About 1,000 people attended the vigil at the church of San Gregorio VII in Rome, where the names of 842 mafia victims were read aloud.

It was the first time a pope has attended the vigil, organized by the anti-mafia group Libera for the past 19 years, Reuters reports.

“You had a father, a mother. Think of them,” the Pontiff said. “Weep a little. And convert yourselves.” 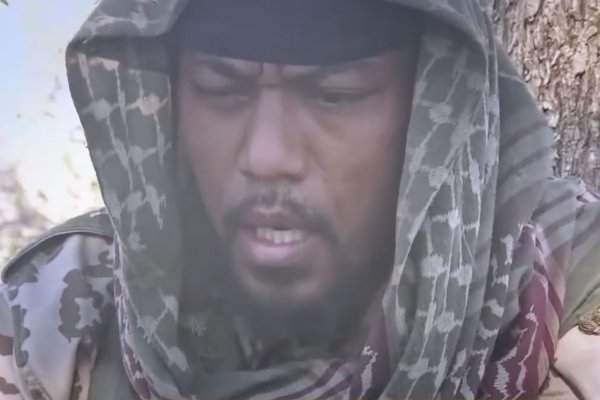 German Ex-Rapper in Syria Calls for Jihad in C.A.R.
Next Up: Editor's Pick