What Happens When You Stop Testing and Start Teaching

Last year, as I watched a trial run of an online test my five-year-old was taking, the decades-old earphones slipped down her head. She fumbled at the mouse in front of the computer, then clicked the button and liked the sound it made. So she clicked it again. She skipped a screen by accident. And once you skip a screen, you’re not allowed to go back.

The instructor went over to her and tried to explain that we could not just randomly click our mouse buttons, no matter how fun it was. We had to answer the questions. We had to get through the test.

My kindergartener looked at her blankly. Then came up with an answer she deemed a trump card.

“But it’s so shiny!” she exclaimed. The teacher sighed. She nodded slightly, but was called to help another student before she could re-explain the objective.

The FAIR test (Florida Assessments for Instruction in Reading) is given to students grades K-2. It is supposed to take 35 minutes per student, but often takes up to an hour. It is given during class time at the beginning of the year and then twice more throughout the year. Each class has 18 students in it, and this year the teacher is required to sit with each one, devoting that hour to the individual student while another teacher, who has her own class to attend to, wrangles all the other students. This means the total time for test administration is 13 hours for one class plus 13 hours for the other class (as they’ve combined teachers). During that time, little to no actual instruction can take place. The assessment period, therefore, takes the first two weeks of school.

From a parental standpoint, it was a nightmare. Why should my kids miss out on instruction to take a rote test that doesn’t seem to measure anything?

This year, teacher Susan Bowles of Chiles-Lawton Elementary School in Gainesville put her job on the line by refusing to give the test to her students. Parents around the county gave her a metaphorical standing ovation.

Letters of support came pouring in to the Superintendent’s office for Bowles, who had made it clear the issue was not with school officials, but with the government mandates for testing here in Florida.

On Sept. 11 of this year, I received an email from Owen Roberts, Superintendent of Alachua County Schools, in which he stated his support for Bowles, but asked parents to go to their local legislators to enact the change we all wish to see in regard to standardized testing.

“I have met personally with Mrs. Bowles,” he wrote, “and the district has heard from parents praising her as an excellent teacher. I certainly appreciate her concerns regarding FAIR testing. I have said clearly and publicly that I believe there is too much standardized testing here in Florida, and that much of it doesn’t offer a significant educational benefit for children.

“However, Florida law requires that all kindergarten students take the FAIR test during the first 30 days of school. Until the law changes, the district is obligated to administer the test.”

But the problems remain. Bowles stated in her note that the testing requirements have been increasing each year, yet the school budgets have not been given a boost to accommodate the changes. Teachers are expected to give the tests with no support. And things get lost. Important things.

Last weekend, I taught my twins, now in first grade, how to write a “g”. It’s not that they weren’t writing them at all, but because so much teaching time has been lost to testing, the kids are left to their own devices to build the basic blocks of learning, so that the teachers can keep up with the rigorous curriculum. My children, being adaptive and wily, devised their own ways to write the letters of the alphabet without formal instruction (other than what I’d taught them when they were four, the summer before school.) To write a “g”, my kids would draw a straight line down, then draw a little circle on top of the line, then make a tiny curve at the bottom of the line. It seems like no big deal, but when that is multiplied by every letter they have to write for every assignment, it ends up taking at least three times as long. My children were not finishing their work.

My kids work hard. I promise you, Florida, they do. And if we can’t trust our teachers to do their jobs, and to assess our kids given their expertise and experience in the field—if we ask them to give up their vocation to instead administer online tests and teach babies to bubble in the dots so that some machine can spit out a statistic to tell our state if we’re smart enough to get money to get smarter—we are doing a disservice to our children. We are no longer teaching them at all.

The good news is that Bowles’ stand, though a shot in the dark, helped to push an already growing unrest to its boiling point. Instead of losing her job, or having the state push the event under the rug, on Sept. 15 I received this email relaying a message from Florida’s Commissioner of Education Pam Stewart.

“…in light of the technical difficulties schools and teachers here in Alachua County and throughout the state have experienced with the FAIR test, the test will not be required for kindergarten screening within the first 30 days of school for this school year. In fact, FAIR testing will not continue for any students in grades K-2.”

We won. Susan Bowles won. Our students won. If this David-and-Goliath story doesn’t light the hearts of parents and teachers around the nation, and solidify efforts to teach our children, not test them, I don’t know what will. Alachua County has shown that we can make a difference. We just have to try.

Darlena Cunha is a Florida-based contributor to The Washington Post and TIME among dozens of other publications. You can find her on Twitter @parentwin or on her blog at http://parentwin.com. 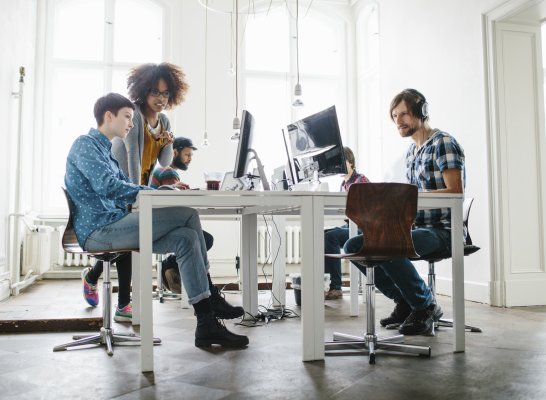 Are Startup Schools the New MBA Alternative?
Next Up: Editor's Pick