There has never been a concert film like HBO’s On The Run, because there has never been a pop star like Beyoncé or a hip-hop star like Jay Z or a celebrity couple like Beyoncé and Jay Z. The pair, massively successful and talented individuals who toured together for the first time this year, have become so much more than themselves. Their burning, multihyphenate success casts long shadows as musicians, entrepreneurs, spouses, and parents. HBO and director Jonas Åkerlund — filming over two September shows in Paris and adding a host of effects (slow-mo, black-and-white, lightning strikes!) — stuck a kaleidoscope on what is already our nation’s Rorschach-iest couple. On The Run says nothing new, but it says it all at once.

With six albums between them in their six years of marriage, and as many public appearances and touring dates, there’s a lot for fans to feast on. A litmus test is: Who is your favorite Beyoncé? Mine is the mic-drop face she made after her rumor-dispelling a capella performance of the national anthem in front of a room full of cameras. Or is your favorite Beyoncé the one who makes the word “daddy” sound like both a come-on and a put-down, both exhortation and exultation? Or is it the one who invited Nicki Minaj into the studio? And Jay Z: Do you prefer him as the gangster mogul or Teflon hustler? They’re all here.

The tour we see is pretty much the tour that has been described for months, from its nouvelle vague opening on through to the home videos at the end. HBO’s only contribution is embellishment, which sounds simple and even cheap (the lightning strikes they use look like 3D clip-art and they come with matching fog). But it’s a simple process that hypnotizes, streamlining the show into a bombardment of images. You always know where to look; and whenever Beyoncé appears, it feel like time slows — because it usually does.

Another game: Why do we first see Jay-Z wearing sunglasses and Beyoncé in mesh head-gear, so we see her eyes but not his? Put another way: Why do most of Jay-Z’s costume changes kind of look the same and how often did you catch HBO sneaking in a shot of Beyoncé’s body (her legs; her torso) as it rolled to the music?

The fun of this is the myth-making, which no longer feels like it has a downside. With the release of her last album, Beyoncé incorporated her every contradiction into her art. This is the next level: HBO signing on to help us incorporate every contradiction about the pair into their union. The various controversies surrounding them—Elevatorgate, the apparently baseless rumors about their marriage–have been absolved by fame. Or, put another way: joy.

Beyoncé and Jay-Z style themselves as a modern-day Bonnie and Clyde (Lily Rothman has more on why that comparison is less than historically accurate). But why settle for bank robbers? The pair, African Americans who write, produce, and perform their own music, are never just one thing to anyone. It has been a horrible, no good, very bad summer — for them, for all of us — but On The Run, a symphony of spectacles, absorbs all of that into something small that feels huge: the most important marriage in pop culture. The night doesn’t end with Beyoncé and Jay-Z, but with the audience, filling the stadium with sound as they embrace, giddy. Whatever happens, we’ll always have Paris. 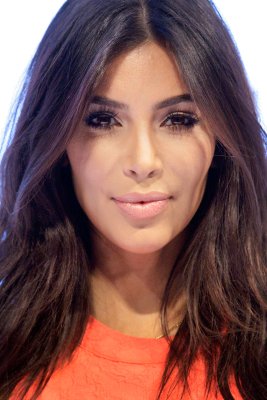