A Campbellsville Fire Department truck with the ladder extended remained at the scene where two firefighters were injured during an ice bucket challenge during a fundraiser for ALS on Thursday, Aug. 21, 2014, in Campbellsville, Ky.
Dylan Lovan—AP
By Sam Frizell

One of four firefighters hurt last month as they helped college students take part in an Ice Bucket Challenge has died of his injuries.

The killed firefighter, Tony Grider, suffered an electric shock when his fire truck’s ladder got too close to a power line. The incident happened shortly after the firefighters poured cold water on Campbellsville University students in Kentucky, the Associated Press reported last month.

Grider, 41, had been with the Campbellsville Fire Department for 16 years, reports WLKY Louisville. He is survived by five children and his wife, Gena. 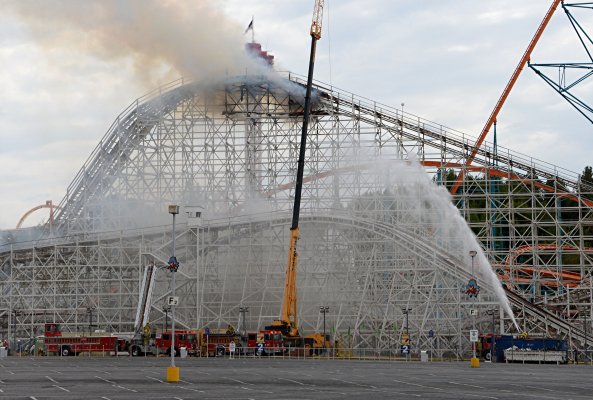