The Surprising State Leading the U.S. in Prison Population Growth

A New Hampshire prison inmate works in the wood shop inside the prison in Concord, N.H., April 18, 2013.
Jim Cole—AP
By Josh Sanburn

In the past two decades, New Hampshire’s crime rate has remained steady. It has one of the lowest violent crime rates in the U.S., and the state’s population has only grown by about a fifth.

But over that period, the number of state and federal inmates in New Hampshire has almost doubled. Its main prison in Concord is routinely overcrowded. And last year, the prison population grew at a faster rate than any other state in the country.

As the number of incarcerated Americans inched up for the first time in four years, the prison population in small, largely rural New Hampshire grew faster than any other state. The 8.2% increase in the Granite State topped second-place Nebraska’s 6.8% rise and far outpaced the 0.3% national increase in the number of inmates, according to figures released Sept. 16 by the U.S. Department of Justice.

Many state experts and public officials trace the rise not to a spike in crime or a recent population boom, but to the alteration of a bill initially designed to reduce New Hampshire’s prison population. In 2010, the state adopted a law that freed all inmates who had served 120% of their minimum sentence. If an inmate was sentenced to 5-10 years, for example, he or she would automatically be released by the sixth year. It also required prisoners to walk free when they were within nine months of their maximum sentence. Within a year of the law’s enactment, almost 300 prisoners were released as a result.

The bipartisan effort was meant to cut a prison population that had been growing for decades. According to the New Hampshire Department of Corrections, state prisoners increased from 287 in 1980 to 1,250 by 1990 and 2,847 by 2008. A policy called Truth in Sentencing, which reduced early releases for inmates based on good behavior, contributed to that growth. The Justice Reinvestment Act, as the 2010 law was known, undid many of those guidelines.

“It was a wholesale change to the department of corrections,” says Dennis Delay, an economist at the New Hampshire Center of Public Policy.

But the political timing was terrible. The law became effective in October 2010—one month before local elections—and it became an easy target for candidates seeking to look tough on crime, says Donna Sytek, chairman of the New Hampshire Adult Parole Board. It didn’t help that the first few inmates released under the program were violent criminals and rapists, raising the specter that dangerous people were being returned to the streets.

“It was initially embraced by everybody, Democrats and Republicans,” Sytek says. “But it became a political football.”

The following year, the state legislature effectively gutted the bill. Instead of mandatory release nine months before the end of a maximum sentence, for instance, inmates were now just granted a parole hearing. The state’s prison population has swelled ever since. In 2013, New Hampshire had 3,018 inmates.

Experts cite other factors contributing to the increase, such as the state’s gradual population growth and judges handing down stiffer sentences for drug crimes. But the change to the 2010 law appears to be the main culprit.

“I can tell you that many New Hampshire stakeholders are extremely concerned that the current prison population exceeds its capacity,” says Ted Kirkpatrick, a professor of sociology at the University of New Hampshire. “I am uncertain, however, what will come out of that concern.” 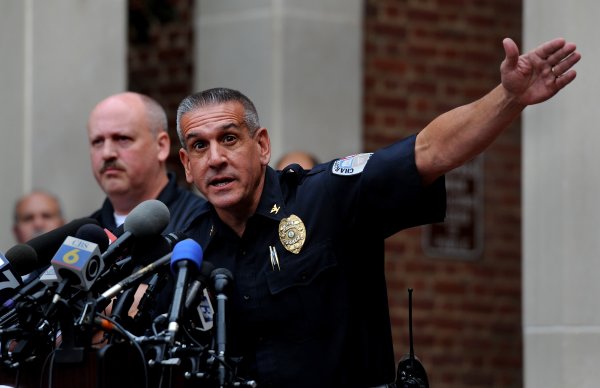 More Than 1,600 Join Search for Missing Virginia Student
Next Up: Editor's Pick