Millennials are lazy, cynical, entitled, and distrusting of institutions, including large corporations, right? Maybe not.

There are plenty of widely held beliefs about the characteristics that define the Millennial generation (typically demarcated as those born between 1980 and 2000). In stories published last year: the New York Times mentions that Millennials “have developed a reputation for a certain materialism”; the Wall Street Journalrefers to “that entitlement complex that some older critics allege is a Millennial trait”; and aJezebel essay lists some of the accusations of Millennials: “kinda whoring it out… total bummers to mentor… make Boomers feel bad… are picky… can’t cut the cord.”

But Lauren Rikleen, author of a new book about Millennials in the workplace, You Raised Us, Now Work with Us, says “most of the negative characteristics are myths. They’re not real.” (For a candid chat with Rikleen about her book and findings, see How corporate America should adapt to millennials.)

A new study released this week suggests that Millennials have big expectations for big businesses. The study, commissioned by MSL Group, part of French communications giant Publicis Groupe, surveyed 8,000 people born between 1984 and 1996, in 17 different countries, including the United States, Canada, Singapore, India, China, Brazil, and others. The study found that Millennials—a generation typically attributed with aversion to, and distrust of, major institutions—in fact, look to the corporate world to help solve global problems.

“The biggest ‘aha’ for us in the whole study,” says MSL Group’s Scott Beaudoin, “was that although trust in business is still low, Millennials see business as the only solution for a better future. They’ve given up on government. They see big companies as our only hope.”

According to the study, 78% of Millennials recommend a company to their peers based on the company’s involvement with society. Eighty-three percent expect businesses to do more than they are already doing to help the world, but 82% do believe they are capable of it—that businesses can make the greatest impact in addressing societal issues. And they want to work with businesses to aid those efforts. Fifty-one percent said they want to get personally involved in making the world a better place, and 69% want businesses to make it easier for them to get involved. 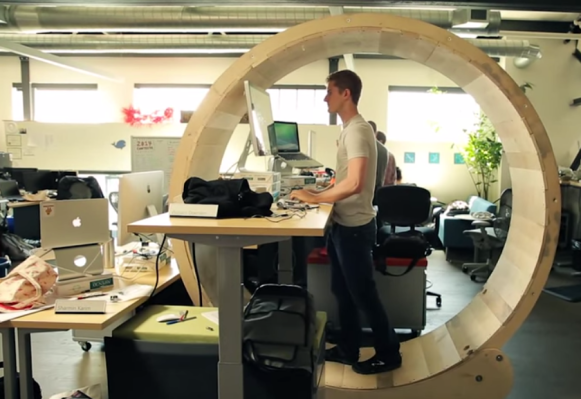 This Hamster Wheel Treadmill Desk Is the Ideal Way to Make Your Coworkers Hate You
Next Up: Editor's Pick