Religions for the Earth: Redefining the Climate Crisis

This coming week in New York City has the potential to be for climate change what the 1963 March on Washington was for civil rights. The world’s political leaders will gather at the UN for an urgent Climate Summit called by Secretary General Ban Ki-moon, and hundreds of thousands of people will descend on the city for the People’s Climate March.

At Union Theological Seminary, a remarkably diverse group of more than 200 religious and spiritual leaders will gather for the Religions for the Earth conference. Representing Europe, Asia, Africa, the Americas, Australia, the Pacific nations and the Arctic, these leaders will bring a much-needed moral perspective to the climate crisis. They represent billions of people of faith.

Through the work at this conference, we hope to help redefine the climate crisis. It is not just a scientific and political challenge, it is an urgent moral imperative.

The Religions for the Earth initiative at Union seeks to create a place where visionary religious and spiritual leaders from around the world will convene to find common ground and offer new strategies to deal with a crisis that politicians have been unable to solve.

In meeting after meeting, from Rio to Kyoto to Copenhagen to Durban, politicians and technocrats have been thwarted, because at its core, climate change is not just about science, or zero-sum financial negotiations between emitters: it’s about values. It relates profoundly to the meaning of life rather than just its mechanics—to the essence of how we experience our being, share our resources, and regard one another across space and time. It has implications for the existence of the world itself, and humanity’s place within it.

It will take a values-driven conversation to change the materialistic and consumer-oriented culture that assigns worth only to financially quantifiable things. The unchecked profit-driven model of maximum production devours what we care most about: clean air, clean water, and the wellbeing of the most vulnerable families. We need a new moral equation.

There is already an international grassroots movement to make climate justice a moral issue, drawing on the strength of spiritual traditions around the world and often led by their representatives. Especially in places hard-hit by weather events and rising seas, leaders like Father Edwin Gariguez in the Philippines are speaking out on behalf of their beleaguered communities. This moral movement holds the potential to greatly expand our vision and options.

Climate change isn’t the first crisis around which religious and spiritual leaders have provided a moral vision when politicians could not. In India, Mahatma Gandhi led the way toward political independence through his ethical teachings and his own example, resisting imperial force with a call to personal sacrifice and higher consciousness. The great leader of the American civil rights movement was a Baptist minister, Martin Luther King, Jr., who helped the United States reimagine a moral inheritance tarnished by racism, war and poverty. In South Africa, Desmond Tutu indicted apartheid in a spiritual language that resonated around the world. In the final decades of the Cold War, Pope John Paul II helped stir deep aspirations for basic human rights throughout the Eastern bloc through his uncompromising stand against oppression.

We need to deepen and expand the worldwide movement to fight climate change and sieze its moral trajectory. Many religious leaders are already transforming their approaches to ministry and service, determined to achieve the small changes that can aggregate into a global movement. These must be accompanied by advocacy for bold strategic actions to shift power away from those who do not take the earth into account.

On all these fronts, it is incumbent on religious institutions to take the lead. At Union Theological Seminary, we were proud this past spring when we became the first seminary to divest our endowment from fossil fuels. The World Council of Churches divested soon after, and many religious groups and institutions around the world have done the same. If we can convert this growing momentum into a movement, many more will follow—because divestment is a moral claim, a clear stand for the principle that we have values more important than money. We invite our political leaders to follow our lead by taking bold steps to defend our natural world.

Spiritual leaders have been a crucial part of many of the major justice movements throughout history. As indigenous traditions have long known, harmony with nature is no less vital. To successfully emerge from this crisis, faith leaders must build public will for action by casting climate change as a clearly-defined, irresistible moral imperative. We need to harness the power of faith to affect social change. The well-being of our earth depends on it. What could be more sacred? 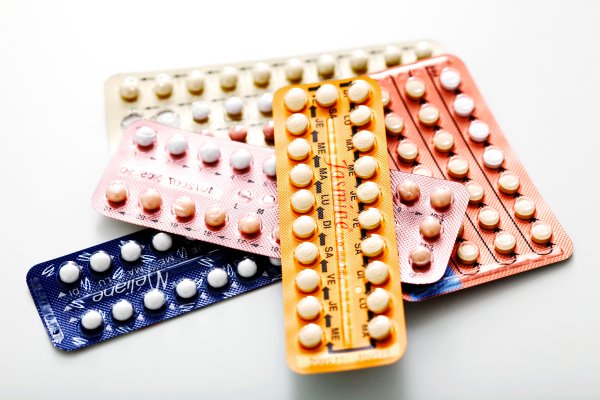 Missouri Lawmaker Sues for Control of Daughters' Sexuality
Next Up: Editor's Pick