Pope Francis gives a speech during the International Meeting of Pastoral Care project "Evangelii Gaudium" at the Vatican, on September 19, 2014.
Andreas Solaro—AFP/Getty Images
By Tessa Berenson

The satirical Italian TV show Le Iene (which means “hyenas” in English) went up to Pope Francis as he boarded his jeep in St. Peter’s Square in Vatican City and offered him a new white cap in exchange for his old one, AFP reports. The Pope agreed to the switch, and his old cap was posted on eBay Wednesday evening. Within 24 hours it had already attracted a bid of over €100,000.

According to AFP, the proceeds of the sale will go to an Italian charity fighting child mortality in the Democratic Republic of Congo.

There are 128 bids so far. Bidding closes September 24. 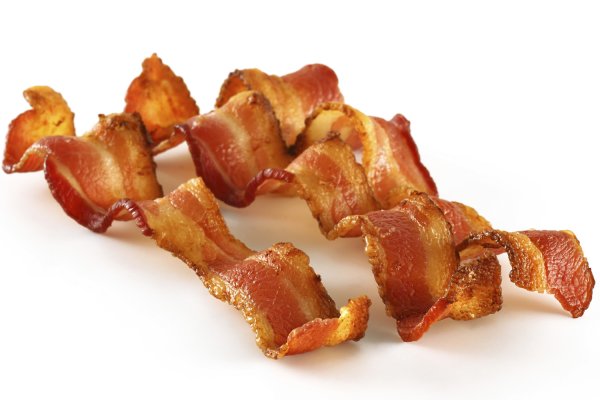 Could Bacon Stop Nosebleeds?
Next Up: Editor's Pick