How One Woman Finally Ended Her Junk Food Addiction

What I remember best from my father’s stories of his homeland is the food: the way he evoked the smell of apricots and tomatoes drying on roofs; rhapsodized over flaky grilled fish eaten without utensils on the banks of the Tigris and Euphrates; recalled colorful stork eggs sold at the Hinnuni Bazaar.

My father was born in the Jewish quarter of Baghdad in the 1920s. His mother was a healer and came from a long line of people who believed eating well was an investment in one’s strength. Even the colors of foods played a crucial part in the delicate equilibrium of mind and body health. Green fruits and vegetables (spinach, melons, parsley) invited hope, while yellow and orange produce (squash, persimmons, citrus) encouraged happiness. Anything black (for example, the bitter skin of an eggplant) should be avoided so as not to court misfortune.

The spiritual and nutritional significance of food for Iraqi Jews did more than inform my childhood decades later in New York City—it defined it. In our house, tahini masqueraded as dessert, romaine lettuce as an exciting snack, and cod-liver oil as a benevolent addition to a cup of tea. My father warned me of the dangers of white flour, mozzarella sticks, even cold water (it assailed the system). “Poison,” he called anything with refined sugar. Our apartment was a culinary freak show. Step right up and see the Tofurky, horsetail tea, and sea-kelp noodles: all items that warmed and strengthened the body, in line with the Iraqi-Jewish saying “Give him food so he can grow.” In America, my immigrant father had taken his traditions to a whole new level. In the face of frozen dinners, he became a crusader for health. For sprouts, soy, and seaweed.

I was doomed from the start. Not only was I the only girl in my school with artists for parents, but I’d virtually never had processed foods—no grape jelly, fruit punch, cinnamon buns, deli turkey, or movie-theater candy. But I wasn’t stupid. Midway through kindergarten, I made my first grown-up decision: I wanted a Happy Meal. And I chose my friends (and their mothers) accordingly. The truth is, I do not remember the taste of that first Happy Meal or what special gift I found inside. But it kicked off my secret love affair with all things unhealthy.

As the years went on, there were stealthy trips to Chinese buffets, clandestine sides of deep-fried pickles, hidden cans of sprayable cheese. I lined up two sleepovers per weekend, based less on the quality of friendship than the quality of junk food in that family’s pantry. I became a gymnast, and when we traveled for meets, I told my parents to please stay home and rest, I’d go with another family. This is how I experienced every fast-food chain along the eastern seaboard. Plus, I discovered Marshmallow Fluff, Capri Sun, trail mix laced with chocolate-covered banana chips. Bad fettuccine Alfredo devoured on a subway platform during eighth grade gave me food poisoning so utterly horrendous that I told my father I’d been drinking vodka: obviously preferable, despite my age, to eating cream sauce.

During my freshman year of high school, my father was diagnosed with prostate cancer. Unsurprisingly, his commitment to healthy eating took on a whole new meaning: a mortal one. He consumed not a drop of dairy, a sip of beer, or even an ounce of soy. While in college, I heard from my mother about all the cruciferous vegetables my father ate, the endless quantities of kale and tomatoes.

Perhaps I should have reconsidered what I was eating—or at least given up my secret stash of doughnut holes in solidarity—but I didn’t. Instead I doubled down: Fifteen flavors of sugary cereals winked at me from across the cafeteria, and I, in turn, fell to my knees. I learned what a panini press could do to provolone. I discovered the frozen-yogurt machine. And the wonders of peanut butter on French toast. And kiwi-strawberry wine! There was only one line I never crossed: I never had a bite of red meat. (I was raised as a pescatarian.)

In retrospect, it’s clear to me that unhealthy eating during this time was a way of seeking refuge. I wasn’t a huge rebel: After my father got sick, I was careful not to fight with him or my mother. I wasn’t one to sneak out of the house or do drugs or slack off in school. They were the very best kind of parents, and I never wanted them angry with me.

But my father’s illness upended me. And so I ate sugary cereal and French fries. Epic amounts of French fries.

And then something strange happened. It took six years of cancer, a stroke, a fall, chemotherapy, and lots of radiation, but my father’s taste in food changed. Drastically.

During my junior year of college, my mother called me. “Your father just ate a steak,” she said. You can’t blame me for thinking she’d said something about his life being at stake; I needed her to repeat the words twice.

We didn’t need doctors, diagnoses, prescriptions for heavy doses of morphine, or even referrals to hospice care to tell us that this was the beginning of the end. My father’s sudden refusal to go near whole wheat and baby bok choy told us everything we needed to know. He was no longer himself. On good days, my mother fed him white pods of cream cheese and zigzags of lox on everything bagels, dilled lobster salad exploding from glistening toasted potato buns, and buttery apricot tarts. On bad days, he craved hot dogs, root beers, and fried chicken from a paper bucket—and so she fed him that, too. This is what he wanted, and this is what we gave him. When I slaved over a roasted—heirloom-tomato soup and put it to his lips (he was pretty far gone by then), he winced as though I’d tricked him into drinking cough syrup. I gave him a black-and-white cookie to win him back.

When my father passed away, there were soda cans in the garbage beside his bed. There was a half-eaten box of chocolates beneath it. This was not the man I knew. And yet.

(MORE: How Not To Apologize)

Now that I am in my mid-20s, as a way of nourishing myself, or stacking the odds of health in my favor as much possible, or perhaps conceding to the argument my father tried to make through most of his life, I have taken on some of his ways: filling my body with the kinds of foods he would have been proud of (lentils, oatmeal, turmeric, hemp milk) and filling my bookshelves with the kind of literature that will teach me the food tips he would have bestowed himself. I’ve been seeing an acupuncturist, and when he told me, “No more dairy,” it felt like a punishment I’d been awaiting for years. I’ve even cut out gluten, refined sugar, and farm-raised fish. Junk food reminds me of someone my father wasn’t—and because I want to remember him only as who he was, as his best self, I won’t go near the stuff. I haven’t had cream sauce in years. Or soda. Or a doughnut hole.

In the end, of course, no amount of broccoli or garlic could have saved my father. But he was astonishingly healthy until he wasn’t—and that’s worth aiming for, too. More than ever, I desperately want to make him proud, as if he might be suddenly aware of all the times that I didn’t, somehow cognizant of each onion ring I ever tasted.

My father passed away three years ago. And the pain is lessening. I am starting to feel better. It might be time, or therapy, or Chinese herbs, or all the clementines I’ve been eating so diligently. Not to mention sweet potatoes, corn, and carrots: orange and yellow foods for happiness.

(MORE: 5 Types of Friends Everyone Should Have)

1 tsp butter (or more as desired)

Salt and pepper, to taste

Fresh herbs such as mint or parsley

In a heavy-bottomed pot, sauté onion and garlic in a thin layer of butter and olive oil until fragrant and tender. Add cumin, tomato paste and stir. Add rice and lentils, stir, then cover mixture with water, and bring to boil. Cover pot and reduce heat. Simmer for 30 minutes.

Eat hot with any combination of fresh herbs (mint or parsley) or a dollop of thick plain yogurt.

About the Author
Jessica Soffer is the author of the debut novel Tomorrow There Will Be Apricots ($15, amazon.com). She has also written for the New York Times and Granta. She lives in New York City and Amagansett, New York.

(MORE: Could This Much Money Make You Happier at Work?) 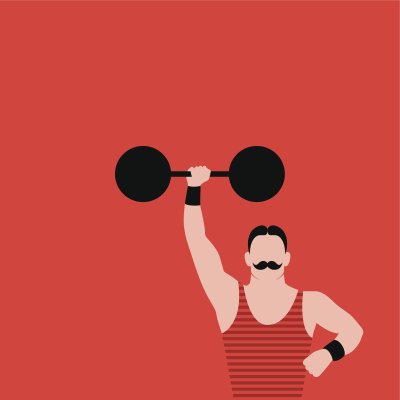 The Weirdest Stuff We All Do at the Gym
Next Up: Editor's Pick