Li Na of China reacts after defeating Paula Kania of Poland in their women's singles tennis match at the Wimbledon Tennis Championships, in London June 23, 2014.
Stefan Wermuth—Reuters
By Elizabeth Barber

“Representing China on the tennis court was an extraordinary privilege and a true honor,” wrote Li in a letter to fans posted to Facebook.

But, she said, “my body is begging me to stop the pounding.”

“As hard as I tried to get back to being 100%, my body kept telling me that, at 32, I will not be able to compete at the top level ever again,” said Li, who has had four knee surgeries. “The sport is just too competitive, too good, to not be 100%.”

Li, who was recently profiled in a TIME cover article, has had a complicated relationship with her home nation, winning superstar fame as a rebellious, free spirit, and putting Chinese state-controlled media in the nebulous position of both applauding her accomplishments and castigating her for “unbridled willfulness.”

“The tennis star is more than a global sports icon — she inspires millions of Chinese as a symbol of independence and freedom,” wrote TIME’s Hannah Beech this spring.

In 2011, Li won the French Open to become the first Asian to win a Grand Slam singles title, and she went on to claim another Grand Slim title at the Australian Open this January. At the height of her career, she was ranked world No. 2, behind Serena Williams.

Meanwhile, the number of women’s tennis events in China has over the past decade gone up from two to 10, Li said in her post.

“I’ve seen change happening in front of my eyes, young girls picking up tennis racquets, setting goals, following their hearts and believing in themselves,” she said. 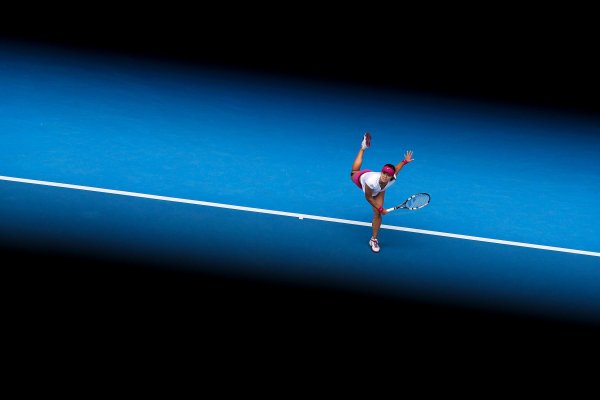