Two adults and six children died in a small town shooting in Florida on Thursday. Police say the victims were the perpetrator’s daughter and six grandchildren, according to local TV station WFTV and the Gainesville Sun.

The shooter was identified as 51-year-old Don Spirit in a press conference addressed by Gilchrist County Sheriff Robert Schultz. Schultz said Spirit called 911 and said he might harm himself and others, and a deputy was dispatched to his home in the north Florida town of Bell. Spirit spoke to the deputy and then killed himself, following which authorities found the other seven bodies inside the home.

The youngest of the children killed was a mere three months old, and the others were aged 4 to 11. Authorities did not specify whether his daughter, 28, was mother to of any of them, or if she was his only daughter. However, the Sun reported that his neighbor Maryann Vincent said Spirit has other children including a son.

According to the police, Spirit is the only suspect and some people were left alive in the home.

Spirit has a criminal history, and spent three years in prison about a decade ago after accidentally killing his eight year-old son Kyle in a 2001 hunting accident, according to the Associated Press.

“Keep this community in your prayers,” Schultz said. “Tomorrow’s going to be a hard day in Gilchrist County.”

Bell, which is just 30 miles outside of Gainsville, has a population of only 350.

Write to Eliana Dockterman at eliana.dockterman@time.com and Rishi Iyengar at rishi.iyengar@timeasia.com. 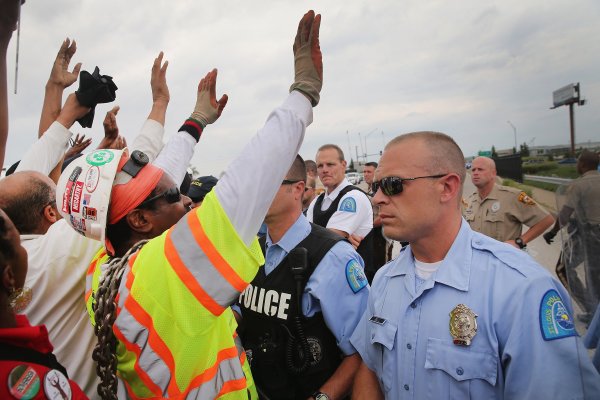