Jon Huntsman: It's Time to Break the Gridlock

Former Utah Gov. Jon Huntsman Jr. speaks at the National Clean Energy Summit 7.0 at the Mandalay Bay Convention Center on September 4, 2014 in Las Vegas, Nevada.
David Becker—Getty Images
Ideas
By Jon Huntsman
Gov. Jon M. Huntsman, Jr. is a co-chair of No Labels. He formerly served as the governor of Utah and the U.S. ambassador to China

Is it interesting when two people agree? How about a group of people? What if they can’t agree on everything, but they can agree on 75 percent of things?

The framers of the U.S. Constitution used 75 percent as the threshold for agreement on issues of the greatest consequence. Any changes to our Constitution must be ratified by 75 percent of the states. History has shown us that this level of consensus isn’t just-good-enough, it is strong. It solves problems and gives citizens confidence in their government.

A new group of American leaders met this week and agreed to agree at least 75 percent of the time in order to develop a policy framework that we are calling the National Strategic Agenda—something that we believe will shape the national conversation around the next presidential election.

Our group is called No Labels. We are current and former elected officials from state, local and federal governments. We are a mix of Democrats and Republicans. And we decided that if 75 percent was good enough to build the foundation of our great nation, it is good enough for us.

Our first area of agreement was the easiest: Washington, D.C. is beyond gridlocked. It’s dysfunctional and it needs to change. We can’t wait any longer to move past re-election tactics and instead develop an actual process for solving our nation’s most pressing problems.

We also united around four goals:

The discussion that followed was the harder part, as we sought to begin answering the big question of: How do we achieve these goals?

We don’t have all the answers, yet, to the question of “how,” but our conversation is off to a very good start.

For example, there was consensus that the role of the executive (i.e. the president and governors) is critical, and that leaders aren’t necessarily people who know all the answers, but rather people who bring parties to the table and get them to discover the answers, together.

There was a common view that trust is essential for government officials to work together…and that trust only happens when people talk to each other.

And there was collective relief when we realized none of us wanted to place blame anymore. We are instead energized by the prospect of charting a new course.

Throughout the discussions at the No Labels National Ideas Meeting, references were made to leaders who have worked together, who have found that 75-percent consensus level and made history as as result. Many conference attendees mentioned President Ronald Reagan and Speaker of the U.S. House Tip O’Neil. They also referenced President Bill Clinton and Speaker Newt Gingrich.

These historic examples are helpful, but the most inspiring, to me, were far more current: State legislators from both parties and various states who commended their governors for reaching across aisles. Mayors who described town halls where they have found consensus among their constituents. Former Pennsylvania Governor Ed Rendell moderated one of our panel discussions and summed these stories up well by saying: “There is no substitute for listening.”

I believe that the winds of change were started at our meeting in Washington, D.C. this week. Now, we will move them out of the capital and across the country, where they can develop into a blueprint we can bring back to Washington at the right time, for use by a new president and a new Congress.

One year from now, in October of 2015, the No Labels National Strategic Agenda will be ready. It will be a gift for the right leaders, providing them with both direction and substance. Perhaps most importantly, our work will create a new politics of problem solving — something that will help unite our country. And since we can only stand strong when united, unity is a goal we can all agree on.

Jon Huntsman was Utah’s governor from 2005-09 and subsequently served as the U.S. ambassador to China and Singapore. 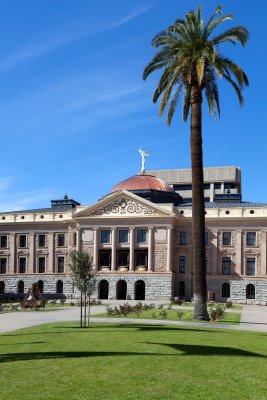 Iowa, Step Aside: Arizona Should Be the Next Primary Leader
Next Up: Editor's Pick